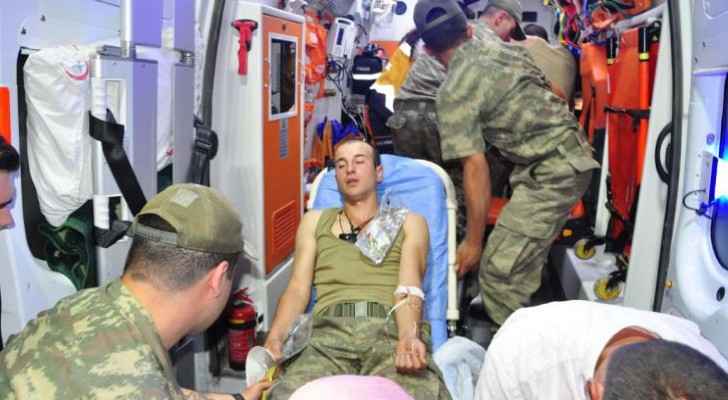 Turkish authorities Wednesday detained the chief executive of a catering firm that supplied food to an army barracks where hundreds of soldiers have been hospitalised with food poisoning, state media said.

The chief executive of Rota Yemekcilik A.S. was taken into custody, the state-run Anadolu news agency said, as public anger grew over how so many soldiers were left needing treatment.

Not including the catering boss, whose name was not disclosed, 40 people have been detained over the food poisoning and their cases are now being heard in court, the Dogan news agency said.

A total of 731 soldiers the barracks in the western Manisa province required medical attention after eating a meal on Friday night.

Pictures on Twitter of soldiers slumped on benches in the hospital and others on a drip had caused intense public concern and media criticism.

The Manisa barracks has scrapped its contract with the catering firm and the provincial governorate has taken on responsibility for supplying food in the meantime.

None of the soldiers hit by the current bout of food poisoning are said to be in a serious condition.

On its website, Rota Yemekcilik A.S. describes itself as a major supplier of food to state institutions, the army, hospitals, factories and even airlines.

IOF call on 7,000 reservists ahead of possible operation ....