Confrontations broke out between dozens of Palestinians and Israeli forces. (File Photo) 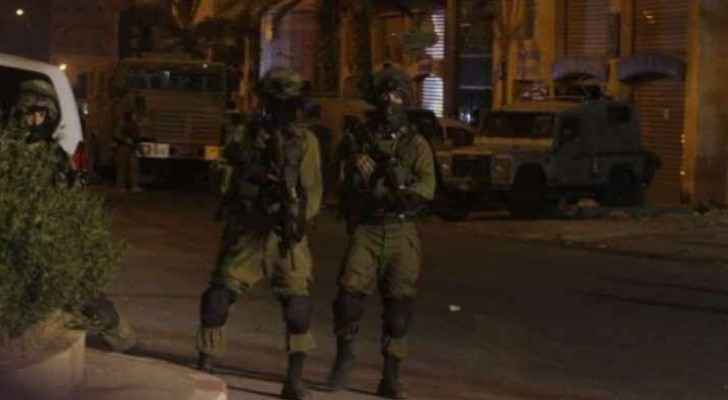 Confrontations broke out between dozens of Palestinians and Israeli forces, during which an Israeli soldier was injured with a stone and transported to a hospital by ambulance to receive treatment.

Mahmoud Issam is a young man who’s wanted for arrest. Israeli forces attempted to arrest his wife as a bargaining method to force him to turn himself in, but faced resistance from neighbours and were unsuccessful.

The Hebrew Channel 7 announced that the Palestinians arrested were all suspected of being involved in anti-Occupation and anti-settlement activity.

Among those arrested were 20 year-old Muhammad Alqam and 19 year-old Samer Zahir, whose homes were stormed in northern Hebron. Arrests also took place in Bethlehem and the villages of Salfit and Husan, among others.