The defendants will appear before London's Westminster Magistrates' Court on July 3. 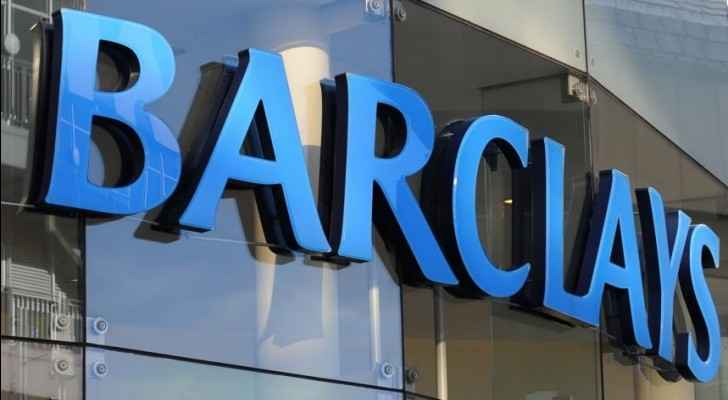 Britain's Serious Fraud Office said Tuesday it had charged Barclays, a former chief executive of the banking giant and three other ex-managers, with "conspiracy to commit fraud" linked to emergency fundraising from Qatar during the financial crisis.

The SFO added in a statement that former chief executive John Varley was one of those to face court following a five-year investigation.

"The Serious Fraud Office has today charged Barclays Plc and four individuals with conspiracy to commit fraud and the provision of unlawful financial assistance" linked to capital raising from Qatar in 2008 worth billions of pounds (euros/dollars).

It added that they relate also to a $3-billion loan facility made available to the State of Qatar acting through the country's Ministry of Economy and Finance in November 2008.

The defendants will appear before London's Westminster Magistrates' Court on July 3, the statement added.

In a separate statement, Barclays said it "is considering its position in relation to these developments" as it "awaits further details of the charges from the SFO".

UK watchdog the Financial Conduct Authority already fined Barclays £50 million in 2013 after the bank failed to disclose fees it paid to the Qatari investors. Barclays contested the fine however, which has been on hold awaiting the SFO outcome. In addition, US authorities are probing the payments.

In a statement Tuesday, the FCA said: "We welcome a fair and transparent hearing on the basis of the charges set out today by the SFO."

SFO Investigations had focused on advisory services worth £322 million, which Barclays agreed to pay the Qatar Investment Authority.

By raising money from Qatar, Barclays avoided a UK government bailout at a time when rivals Royal Bank of Scotland and Lloyds had no choice but to be pumped with billions of pounds of British taxpayers' money.

Speaking to BBC radio Tuesday, former treasury minister Paul Myners said Barclays bosses were "vehement" that they did not want a government bailout in 2008.

"I think firstly there was a real fear on their part that this was nationalisation, it was political, they didn't want anything to do with a Labour government," Myners said.

"Secondly, they realised that the terms we were imposing meant that pay for their senior bankers and bonuses and options were going to be substantially reduced. So they managed to find capital from elsewhere.

"That surprised a lot of people, and that is the background to the investigation that the SFO has now been conducting for the last five years," he added.

Tuesday's announcement meanwhile comes as current Barclays chief executive Jes Staley is facing a probe by regulators after he tried to uncover the identity of a whistleblower.

Around 1000 GMT, shares in Barclays were down 0.3 percent at 206 pence on London's benchmark FTSE 100 index, which was flat overall.

"The muted reaction in the share price highlights the fact that the SFO action was largely priced in," said Laith Khalaf, senior analyst at stockbroker Hargreaves Lansdown.

"Litigation, fines and compensation payments have sadly become part and parcel of the banking world."