On World Refugee Day, 82% of Syrian refugees in Jordan are under poverty line, says new report

82% of Syrian refugees in Jordan live under poverty line. (Photo courtesy of CARE) 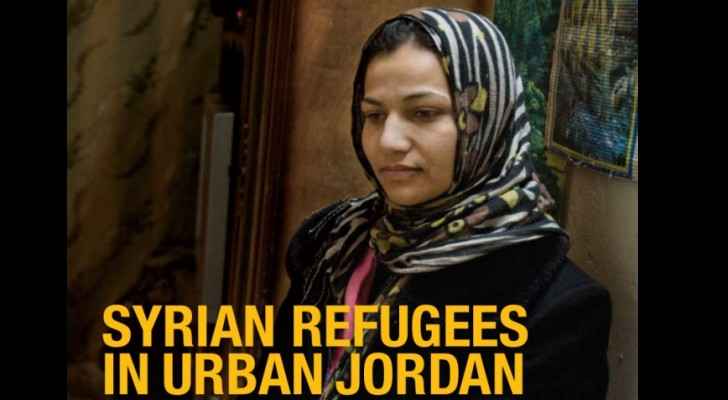 On World Refugee Day, a report from Care shows that 82 percent of Syrian refugees in Jordan live under the poverty line, with an astonishing number battling with unemployment and debt.

United Nations Secretary-General António Guterres today called on the international community to provide support and solidarity for refugees on World Refugee Day, stating: “We reflect on the courage of those who fled and the compassion of those who welcome them.”

Of the ‘welcoming’ refugee-hosting countries, Jordan tops the list, having taken in over 2.7 million people, followed by Turkey with over 2.5 million refugees, according to Amnesty International.

This high number of refugees into the Kingdom has had its toll. According to a recent CARE report, 78 percent of Syrian refugees that were surveyed in Jordan are unemployed. Meanwhile, 89 percent are saddled with increasing debt, with monthly expenditures for rent, food, and medicine, among other costs, resulting in expenses 25 percent more than the average family income.

“Despite Syrian refugee numbers in Jordan remaining more or less constant, we continue to see a trend towards greater aid dependence,” says Eman Ismail, Deputy Country Director for CARE International in Jordan, referring to the 40 percent of refugees who identified aid as their main source of income, an increase from 33 percent in 2016.

“Mothers and fathers are doing their best to provide for their families, but without employment, many are falling short.”

Hassan Hijazi, Media and Communications officer at the Norwegian Refugee Council Jordan (NRC), emphasised that refugees outside the camps are faced with the most challenges when it comes to employment.

“Outside of camps you are required to have a work permit, which many do not have. Even if they get a work permit, they have to go through a lot of screening, and there are only a select few jobs that they can get - usually the ones that don’t require much skills, money or experience” he told Roya News English.

Additionally, there is less of a platform for refugees outside of camps to voice their concerns and have them addressed by the authorities.

“While there are many challenges in the refugee camps, they are heard by us [NRC]. But there are also huge numbers of refugees in host communities - Mafraq, Amman, Irbid - and to listen and raise awareness of their issues, it cannot be done as easy as in the camps.”

Alongside issues of unemployment , the report highlights a sharp increase in families who were forced to move from their rented homes because of eviction, or because they could no longer afford rent.

According to Hijazi, NRC is working to combat this issue by working within local communities and encouraging social cohesion.

“NRC is working with Jordanian landlords, to help refugees stay [in their homes]. If the landlord is okay and happy with their new neighbours, the rest of the neighbourhood will be happy. Its wonderful when you work with refugees and the local community together, it brings a lot of positivity,” he said.

Despite challenges from the growing number of Syrian, Iraqi, Somali, Sudanese and Yemen refugees in Jordan, progress is being made to support those fleeing neighbouring countries, despite limitations on humanitarian assistance, particularly in the health and food security sectors.

According to UNHCR, the Government of Jordan has made notable progress in enhancing access to documentation, reduction of risk of statelessness (with some 70,000 Syrian children obtaining birth registration since the beginning of the crisis) as well as ensuring access to education for all refugee children, and employment rights and work permits for Syrian refugees.

Unemployment rate in Jordan rises to ....