Major General Mahmoud Freihat, the Chairman of the Joint Chiefs of Staff of the Jordanian Armed Forces. 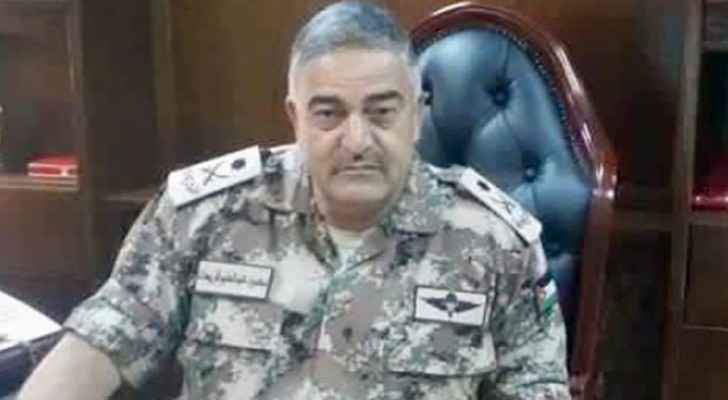 Vowing to combat all forms terrorism with an ‘iron fist’, Major General Mahmoud Freihat, the Chairman of the Joint Chiefs of Staff of the Jordanian Armed Forces, claimed that “the Daesh dream will end soon,” using the Arabic acronym for the so-called Islamic State.

"Daesh is surrounded in Iraq and Syria and their numbers don't exceed that of a small village," Freihat said at a dinner yesterday, held for several retired military officers in Irbid.

The Chairman said that main priority for the General Command of the Armed Forces is to enhance border security to prevent IS from infiltrating Jordan, as well as to provide support to soldiers stationed on borders and in the field.

Jordan, which is part of a US-led military coalition fighting IS in Syria and Iraq, has deployed more forces in January this year to face the growing threat to its borders, as IS militants in neighbouring Iraq and Syria were dislodged from some strongholds, AP reported.

Freihat had met earlier this week with Major General James Kraft, the commander of operations of the International Coalition in Syria and Iraq where they discussed the latest developments in the region, especially with regard to the battle against Daesh in Syria and Iraq.