An interview with a Musaharati: My mother doesn't know I do this!

Meet the Masrahati: the night drummer who roams the streets at Ramadan 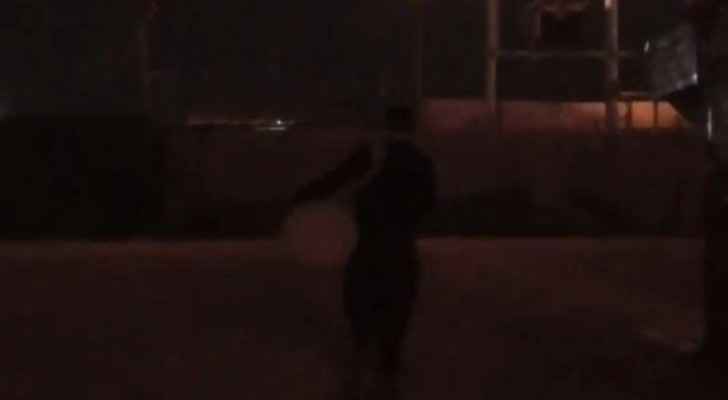 Roya News spoke to four musaharatis in Amman, late one night of the last leg of Ramadan, to ask them five questions. For the uninitiated, musaharatis (musa7aratis if you prefer the Arabeezi) are the Ramadan night ‘wakers’. These men folk come out once a year, roaming the streets to rouse the neighborhood for their pre-dawn suhoor snack that sustains them for the daylight hungry hours. Armed with a drum and usually an impressive set of lungs to match, they keep a familiar beat that, together with a catchy chant – "Wake up from your slumber to praise God" – serves as their call to action: to get observing Muslims out of bed for that last chance to have a bite.

Our merry band of male musaharatis in particular is a tightknit group from the same extended family, who are more than happy to tell us a few things about their chosen nighttime trade.
Three Muhammads and one Abdelfatah are all in their early 20’s and have four to five years’ worth of holy months behind them.

Could we consider this their moonlighting? Interestingly, none of of them had a day job, and spent the rest of the eleven calendar months out of work.

It dawns on us that this curious and charming custom of the magical month is fast fading in some areas. They are keeping an age-old tradition alive in the face of modern day replacements like the ‘fitbit’ brand of sleep-tracking devices, the prayer phone apps, and not least the old-school alarm clock.

A: “We take it upon ourselves to preserve this ancient tradition of the Prophet’s time,” Muhammad, 25, and the leader of the pack, informs us.

Q: Is it a territorial trade and how did you come by your ‘patch’ or beat?

A: “We just started off in Shmeisani one night five years ago, and it became ours. We divide it down the line between us – and we do our rounds in pairs, two by two.”

Maybe the lack of competition is a sign of a steady decline in the quaint practice. Shmeisani is now a sleepy residential quarter of Amman.

A: “From week three we start door-to-door rounds to collect money in support of our work and we offer to sing more songs on religious request.”

But it’s not a financially motivated gig. “We use the money raised to set up food tents for people,” they add. "We put on charity events for orphans."

Q: What’s the strangest thing you’ve seen out on your watch? Good and bad.

Others invite them to their homes to supply the pulse to a gathering, or ask them to do parties, often religious ones or graduations.

The welcoming part of the community offers them water and snacks. Police often entreat them to enjoy a sit-down suhoor with them.

Others swear and curse at them.

It’s mostly Muslims who vent their ire. Christian residents are far more polite, they observe. They were very shy to admit to this hostile reception by some.

“From balconies and windows, residents tell us to quieten down.” Their ‘tis the season to be jolly’ response is to use seasonal greetings.

“We try to calm down their tired tensions by using nice words in the spirit of the month: Ramadan Kareem, Eid Mubarak,” offers the diplomatic member of the band.

But unfriendly people are not their only problem. There’s also the dogs.

“We know the roads to watch out for!” They’ve pretty much memorised the streets that are home to neighbourhood night prowlers that might interfere with their good work.

Q: Do you mix with or know other musaharatis?

A: “We know all the musa7aratis about town, " pipes up their lead drummer once more.

They have a whole network of musaharatis around Amman. Some are veterans who have been drumming for years. However, they mention that Abdoun (an upmarket side of town) and Fuheis (a majority Christian community outside of Amman) are musaharati-free zones by government mandate.

As we are wrapping up the interview, and letting these good people get back to their jobs – the night is young and awaits their well-meaning disturbance and din – we ask if we can have their names and film them in action.

Mohammed, 24, we are told, is the vocal talent of the group; previously quiet, but he can can get quite lyrical with his traditional set, apparently. As if on cue he goes off on his own song and dance, with extra flourishes to the religious requirements. But he has a secret.

“My mother doesn’t know I do this,” he blurts out.

She has no idea that he is a self-appointed musaharati. He has chosen to quietly (though not once he’s out on patrol!) go about his night time business without upsetting his family who he believes would object. On what grounds, we weren’t quite sure. But when he vanishes for the night there are no questions asked as social late nights are quite typical for the holy month. Well, Mum's the word; his secret's safe with us.

Thursday to be first day of Eid Al-Fitr in Jordan: Grand ....

Thursday to be first day of Eid Al-Fitr ....

Suhoor: The most important meal during ....