Protest Tent set up in the centre of Kabul, Taimani Area. (Twitter) 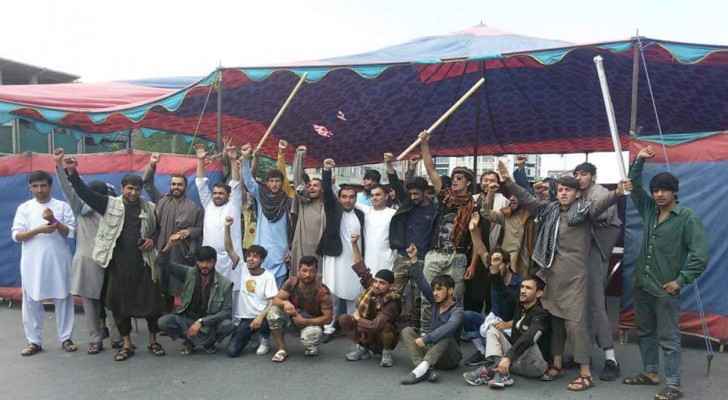 Kabul authorities Tuesday demolished a sit-in camp erected to protest spiralling insecurity, triggering street clashes that left at least one demonstrator dead in the latest bout of violence to shake the city.

Tensions have been high in Kabul since a truck bomb on May 31 killed more than 150 people and wounded hundreds in the fortified diplomatic quarter, the deadliest attack in the Afghan capital since 2001.

Protesters enraged by rising insecurity had established a protest tent near the bombing site, demanding the resignation of President Ashraf Ghani's government. Authorities moved in unannounced after midnight Tuesday to mow down the tent, prompting a backlash from protesters as police responded with live rounds.

"In this unfortunate incident ... one person was killed and six wounded," said Afghanistan's Chief Executive Abdullah Abdullah, pledging an investigation.

"These kind of incidents damage the trust between the government and the people."

The latest violence comes after four people were killed when protesters clashed with police in days after the truck bombing, prompting officials to beat them back with live rounds fired into the air, tear gas and water cannon.

Protesters had set up at least six sit-in camps around Kabul after those clashes. They took down most of them after an agreement with the government, but had refused to leave the tent near the bombing site despite insurgent threats looming over the city.

Much of Kabul is effectively on lockdown, with many streets blocked with shipping containers and armoured vehicles, but that had not stopped dozens from joining the sit-ins.

"The government once again committed a human rights violation, we will not remain silent, we will return," protest leader Haroon Mutaref said after Tuesday's clashes.

Any violent showdown between authorities and protesters could spiral into chaos, a threat that has prompted government allies including former warlord Gulbuddin Hekmatyar to call for peace.

US Defense Secretary apologizes for strike that killed 10 ....

US Defense Secretary apologizes for strike that ....

US Defense Secretary apologizes for strike that ....

US Defense Secretary apologizes for ....