Iran fires missiles into Syria in revenge on ISIS

Iranian television showed footage of the missiles being launched into the night sky. 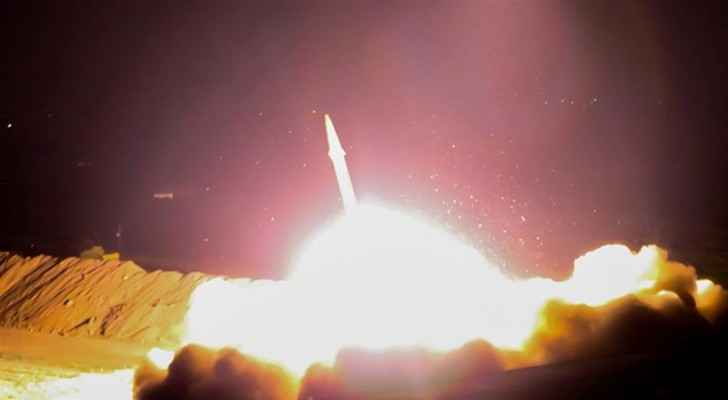 Iran's Revolutionary Guard said it launched a series of missiles into Syria on Sunday in revenge for deadly attacks on its capital that were claimed by the Islamic State group.

It was the first missile attack by Iran outside its own territory in 30 years, since the Iran-Iraq war of 1980-88, media in the Islamic republic reported.

It came hours after supreme leader Ayatollah Ali Khamenei, in a statement on his website, vowed Iran would "slap its enemies" in honour of the victims' families, including those killed in Syria and Iraq.

The missiles were fired from western Iran across the border into Deir Ezzor province, in northeastern Syria, targeting what the Guard called "terror bases".

The Guard said, in a statement published on its Sepahnews website, that the missiles were "in retaliation" for the June 7 attacks on Tehran claimed by IS.

"Medium-range missiles were fired from the (western) provinces of Kermanshah and Kurdestan, and a large number of terrorists were killed and weapons destroyed," the statement said.

It said the attack targeted "a command base.... of the terrorists in Deir Ezzor", Syria's oil-rich eastern province.

Iranian television showed footage of the missiles being launched into the night sky.

On June 7, gunmen and suicide bombers attacked the parliament complex and the shrine of revolutionary leader Ayatollah Ruhollah Khomeini in Tehran, killing 17 people.

The Islamic Revolutionary Guard Corps, which accused Saudi Arabia of involvement in the attacks, had also vowed to avenge the attacks.

Senior Iranian officials had also put the blame on Riyadh after the Tehran attacks, saying Saudi Arabia was "promoting terrorist groups" in Iran.

The Islamic republic of Iran is a key ally of the Syrian regime of President Bashar al-Assad, alongside Russia and the Iran-backed Hezbollah movement of Lebanon.

Iran has sent to Syria military advisers as well as thousands of "volunteer" fighters recruited among its own nationals as well as the Shiite communities in neighbouring Afghanistan and Pakistan since Syria's conflict broke out in March 2011.

According to a report published in March, some 2,100 combatants sent by Iran have died in Syria and Iraq.