A statement by Fatah carried on the official Palestinian news agency Wafa condemned the "killing" of the three Palestinians. 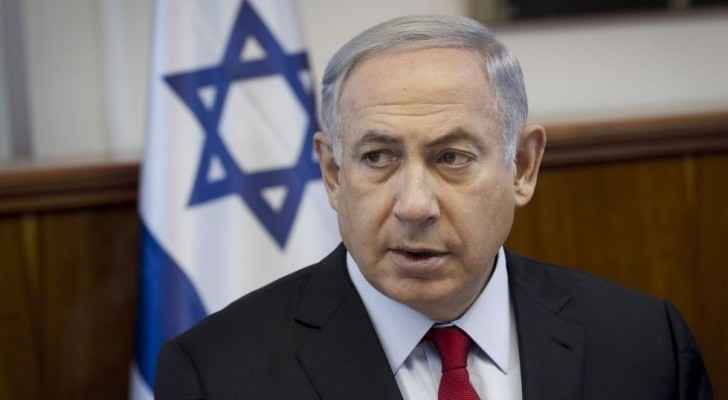 Israeli Prime Minister Benjamin Netanyahu Sunday accused the Palestinian president's party of praising Palestinians who killed a policewoman, calling for an end to payments to the families of attackers.

Two Palestinians on Friday opened fire on a group of Israeli officers just outside the walled Old City in annexed east Jerusalem, while a third stabbed a border policewoman a short distance away.

The three perpetrators, all from the West Bank, were shot dead, and the policewoman, Hadas Malka, a 23-year-old staff sergeant major, was taken to hospital in critical condition and later died of her wounds.

"Instead of condemning the attack, Fatah... issued a statement in which it condemn(s) the officers who killed the terrorists, and praised the murderers as heroes," Netanyahu said, referring to Palestinian president Mahmud Abbas's party.

A statement by Fatah carried on the official Palestinian news agency Wafa condemned the "killing" of the three Palestinians, without mentioning the circumstances leading up to their deaths.

The Israeli premier was apparently referring to a Fatah poster mourning the "martyrdom" of the three perpetrators in the "heroic" operation, and a series of tweets on a Fatah account referring to their "glory and immortality".

"Of course, the Palestinian Authority is refusing to condemn the murder and the same authority will now pay financial compensation to the murderers' families," he said at the start of the weekly cabinet meeting.

"I call on the countries of the world... to demand an immediate cessation of Palestinian Authority payments to the families of terrorists," Netanyahu said.

On Tuesday, US Secretary of State Rex Tillerson said the Palestinian Authority had agreed to halt payments to the families of slain attackers, including suicide bombers.

Israel said it saw no evidence of such a decision and the Palestinians would not confirm.

Compensation payments to the families of "martyrs" who die carrying out attacks on Israelis are one of the sticking points in the moribund Middle East peace process.

The Israeli policewoman was buried late Saturday in a military cemetery in the southern city of Ashdod.

Friday's attack is the latest in a wave of unrest that has rocked Israel and the occupied Palestinian territories since October 2015.

Israel accuses the Palestinian establishment of inciting the violence, including by glorifying attackers and supporting their families.

Following the attack, the Israeli army raided Deir Abu Mashal, the village near Ramallah the three perpetrators hailed from, sealing off its entrances and mapping out the homes of the three for demolition.

Netanyahu also revoked 250,000 Ramadan permits for Palestinians from the West Bank to visit their relatives in Israel and Jerusalem, and "instructed the police to reinforce security arrangements and checking procedures in the plaza around Damascus Gate," the scene of the attack, he said on Sunday.