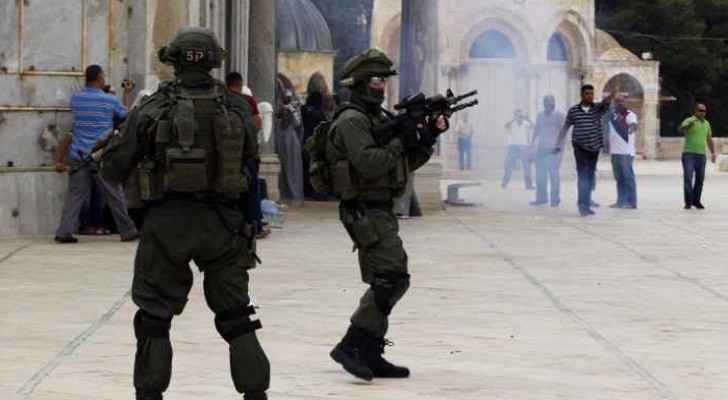 Ten Palestinian worshippers were injured and suffered breathing difficulties after Israeli forces attacked the Al Aqsa mosque compound in occupied Jerusalem on Sunday, according to witnesses.

The violence comes after a heightened state of tension around the mosque and its compound, after Israeli settlers reportedly broke in to the compound earlier on Sunday morning.

According to Firas Debs, Media Coordinator for the Department of Islamic Waqf (religious endowments) in occupied Jerusalem, Israeli forces allowed settlers to break in to the mosque compound, despite the fact that such acts should be forbidden in the last ten days of Ramadan, he said.

Debs added that Israeli forces were deployed around the gates leading to the Al Aqsa compound and were strictly regulating which Palestinian worshipers were able to enter the mosque.