Captagon, or Fenethylline, is an amphetamine which is widely used in the Middle East. (File photo) 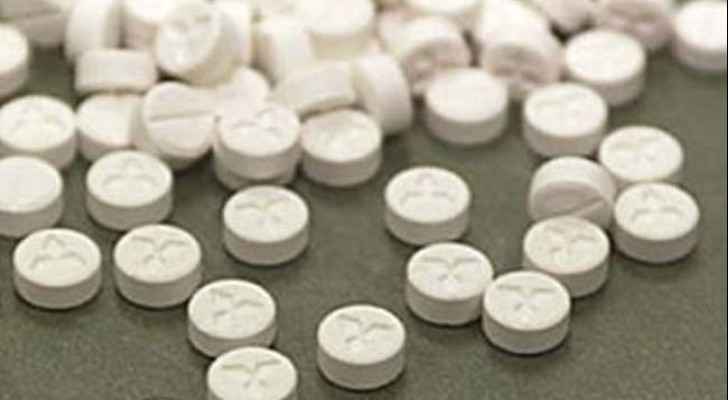 The Jordan State Security Court sentenced a Saudi suspect to five years of hard labour, as well as a fine of 5000 Jordanian dinars, for attempting to transport 20.600 captagon pills in his vehicle from Jordan to Saudi Arabia.

According to the proceedings of the case, the suspect was in Jordan on February 18, where he received 20,600 captagon pills from a contact in Al Mafraq. From there, he placed the pills into a suitcase and attempted to leave Jordan through the Omari border.

The suspect was apprehended by security staff at the border, after searching his vehicle and suitcase.

This is the second Saudi national to be tried by the Jordan State Security Court, after another Saudi was sentenced a few days ago for attempting to smuggle over 4 million captagon pills  into Saudi Arabia country through Aqaba.

As an amphetamine, Captagon can allow the user to stay awake for long periods, sometimes days at a time.
Such effects have seen many fighters in the Syrian war use the drug to fight, without sleep, for extended periods.