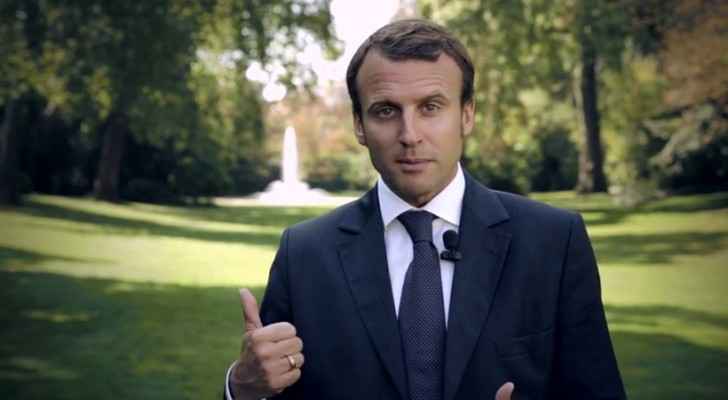 French President Emmanuel Macron was in Morocco Wednesday on a 24-hour visit for talks on battling terrorism as well as the Libyan conflict and Qatar's dispute with its Gulf neighbours.

As he stepped off the plane for his first visit to Morocco since his election in May, the French president, his wife Brigitte at his side, was welcomed on the tarmac by King Mohammed VI.

The king's wife, Princess Lalla Salma, and Crown Prince Moulay Hassan, 14, were also present at the airport to greet the French first couple, who were then driven to the royal palace for an hour of talks.

At a press conference following the talks, Macron said both France and Morocco were keen on mediating a solution to the diplomatic crisis in the Gulf.

"The king of Morocco shares our concern: France would like to see the countries talking again and for the Gulf to remain stable, not least because these states are stakeholders in the crises in Syria and Libya," he said.

"The king of Morocco has met with several of those involved, myself I have met all the leaders from the region," Macron said, adding that he would meet a senior leader from the UAE in Paris next week.

The French presidency earlier indicated Macron would meet separately with the emir of Qatar, Sheikh Tamim bin Hamad al-Thani, and the crown prince of the UAE, Sheikh Mohammad bin Zayed al-Nahyan, but later said "nothing was confirmed".

The United Arab Emirates severed diplomatic ties with Qatar on June 5, along with Saudi Arabia, Bahrain, Egypt and other countries, accusing the gas-rich Gulf nation of supporting Islamist extremism.

The crisis is the worst to grip the Gulf in years.

At the press conference the French president also touched on recent unrest in Morocco's northern Rif region, where dozens have been arrested as protestors clash with police over corruption and unemployment.

"The Moroccan king is concerned about the future of this region... the king believes it is legitimate for protests to take place and they are protected in the constitution," Macron said.

Mohammed VI never comments to journalists and did not attend the conference.

Also on Macron's agenda was the conflict in Libya, where the UN-backed government is struggling to impose its legitimacy.

The fight against radicalisation and terrorism would be at the centre of the talks between the two leaders, and Paris would like to "intensify" cooperation in that field, a French diplomatic source said ahead of the visit.

Moroccans, or people of Moroccan origin, are believed to be behind several attacks that have been carried out in Europe in the past two years.

After the talks Macron and his wife attended an iftar meal, to break the Ramadan fast, at the king's personal residency. The French president will spend the night in Rabat before flying back home Thursday.