Syria peace talks to resume in May, says UN envoy 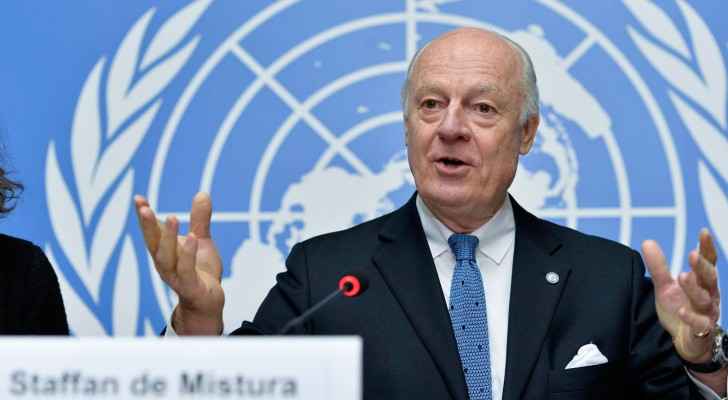 A new round of Syria peace talks could happen next month in Geneva, the United Nations envoy said Wednesday, following repeated failed attempts to stem the bloodshed.

Staffan de Mistura told reporters during at a conference in Norway that fresh negotiations aimed at ending Syria's six-year-old civil war could start at the end of the holy Muslim month of Ramadan.

The UN has mediated peace talks between Syrian government and rebel delegations for several years to little avail.

But a parallel peace process involving allies of Syrian President Bashar al-Assad, Russia and Iran, and rebel supporter Turkey, agreed in May to establish four safe zones across Syria where flights would be banned and aid deliveries ensured.

The zones -- where aerial bombardments were supposed to stop -- have ushered in a marked decrease in fighting.

But that plan, agreed in the Kazakh capital Astana between some of the war's major players, has stalled as sponsor nations disagreed over the precise outlines and which countries should send in forces to police the zones.

A new round of Astana talks had been scheduled for this week but were postponed indefinitely.

De Mistura called the advances agreed during Astana talks an "important" part of efforts to end the war that has killed more than 320,000 people and forced millions from their homes since 2011.

"We hope that what is being done in Astana can be expanded in order to (reach)... a total ceasefire," he said.

The postponed talks could take place "sometime early July," before the G20 summit in Hamburg on July 7-8, he said.

The UN envoy said he hoped some progress would be made between Assad-backer Russia and the United States during the G20 that may boost peace prospects.

"Syria is certainly on the radar screen of both and this is a good time to discuss it," he said.