Less than 30% of pledged aid delivered to Yemen

The International Committee of the Red Cross on Wednesday warned that Yemen's health system is on the "brink of collapse". (Photo courtesy of UN) 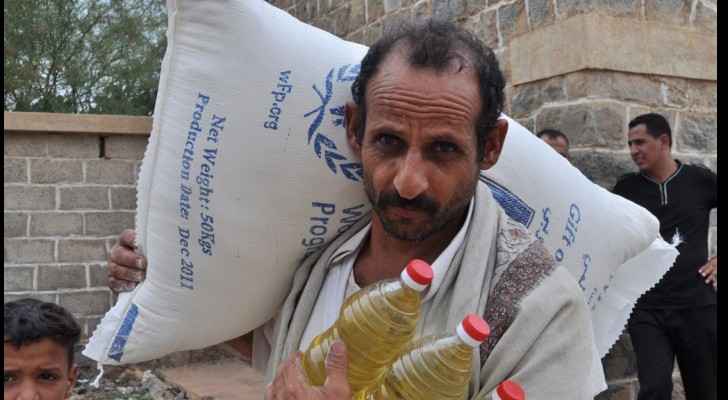 Less than 30 percent of pledged international aid has been delivered to Yemen this year, a UN official said Wednesday, as millions across the country struggle to survive.

Donors in April pledged close to $1.1 billion (981,500 euros) in aid to war-torn Yemen, which the UN Office for the Coordination of Humanitarian Affairs calls the "largest humanitarian crisis in the world".

Some 19 million people are in need of aid in Yemen, with 10.3 million requiring immediate assistance to "save or sustain their lives", according to the United Nations.

Yemen's deadly war has seen more than 8,000 people killed and millions displaced since a Saudi-led Arab coalition intervened to support a government fight against Shiite Huthi rebels allied with Iran.

Looming famine and an outbreak of cholera in Yemen, the most impoverished country in the region long before the war, are taking their toll on the population.

"Conditions are only worsening. The cholera rates are alarming, health facilities are struggling to remain functional, millions across the country are food insecure and facing prolonged displacement from their homes," Mantoo said.

The International Committee of the Red Cross on Wednesday warned that Yemen's health system is on the "brink of collapse".

The organisation said 5,000 new suspected cases of cholera have been reported every day over the past two weeks in Yemen, where an outbreak of the waterborne disease has killed more than 900 people since April 27.

"This cholera outbreak is only the most recent, and most visible, proof that people and structures have been seriously weakened by the way this conflict is being waged," Faite said.

A quarter of a million people are expected to contract cholera within six months, according to the World Health Organization.