Gaza operates on a rotational system of six to eight hours of electricity followed by 12-hour blackouts. (File photo) 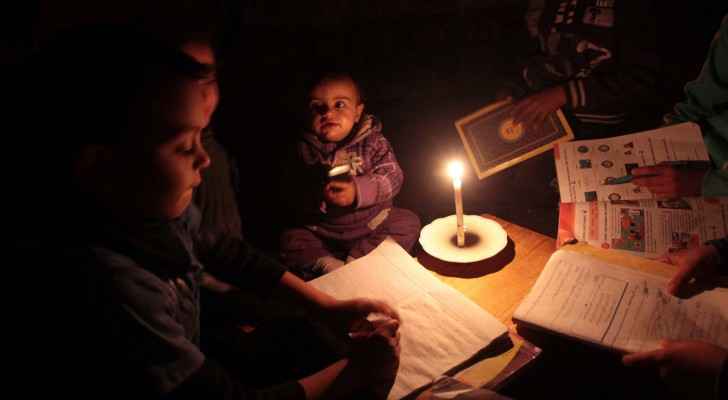 Israeli Prime Minister, Benjamin Netanyahu, confirmed on Tuesday that his government has no interest in escalating the electricity crisis with Gaza, saying the matter was an internal Palestinian dispute between Hamas and the Palestinian Authority.

Netanyahu claimed that Hamas is demanding the Palestinian Authority pay to for electricity in the enclave, and the Authority is refusing.

Netanyahu’s comments came a day after the Israeli security cabinet decided to cut the amount of power it supplies to Gaza, at the request of Palestinian Authority President Mahmoud Abbas, who is seeking to pressurise their political rival Hamas, who is the ruling party in the Strip.

In a statement on Monday, Gaza's health ministry said that the medical sector is already under strain and is struggling to provide enough diesel fuel to operate the 87 generators supplying electricity to the hospital during the blackout hours.

Gaza has been under air, land and sea blockade by Israel and Egypt for the last ten years, creating a humanitarian crisis in the small strip of land.

Gaza is stranded without vital anaesthetic ....

Gaza is stranded without vital anaesthetic ....

Gaza is stranded without vital ....