Badr and UN officials said there would be further investigations. 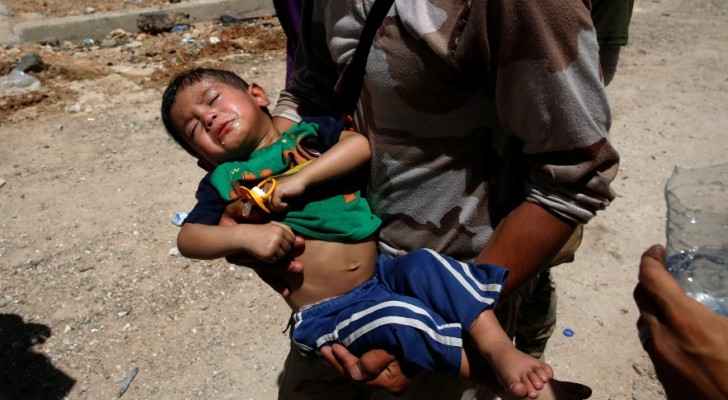 A mass food poisoning at a camp for displaced Iraqi civilians outside Mosul has left hundreds of people requiring urgent treatment, the UN and Iraqi officials said Tuesday.

Health ministry spokesman Seif al-Badr had told AFP that there were 752 cases of food poisoning and two deaths, a woman and child, at the Hasansham camp.

And UN migration agency spokesman Joel Millman had confirmed those details to reporters in Geneva, while adding that 312 people had been hospitalised.

But later in the day, UN refugee agency the UNHCR said there had not been any deaths.

"This information is incorrect... there were no deaths" related to the food poisoning outbreak, the UNHCR's Baghdad office said in a statement.

Saman Barzenji, head of the health ministry in the northern Iraqi city of Arbil, also denied there were any fatalities, saying a child who fainted had been "declared dead by mistake".

Officials said the food eaten by those poisoned was part of the iftar meal, which breaks the dawn-to-dusk fast during the holy Muslim month of Ramadan.

The meal included rice, yogurt, chicken and soup and had been bought from a restaurant in the area by a Qatar-based civil society group reportedly working to help displaced people in the region, said Millman of the International Organization for Migration (IOM).

Badr and UN officials said there would be further investigations.

Hasansham is one of many camps dotting the region around Mosul, where Iraqi forces are battling the Islamic State group.

More than 800,000 people have been forced to flee their homes since a massive operation against the jihadists in one of their last strongholds in Iraq was launched in October 2016.

Many now live in overcrowded camps where soaring summer temperatures are compounding the difficulties faced by the government and the United Nations in maintaining acceptable living conditions.

UN refugee agency spokesman Andrej Mahecic said staff in the area had worked through the night in response to the "massive" poisoning.

"More water has been now provided at the camp and additional health agencies have been brought in to help with the response," Mahecic told the same news conference in Geneva.

He said it was "tragic" this happened to people "who have already gone through so much suffering".