Al Mulki emphasised the government’s intent to maintain cooperation and coordination with the two Houses of Parliament. (Photo courtesy of Petra) 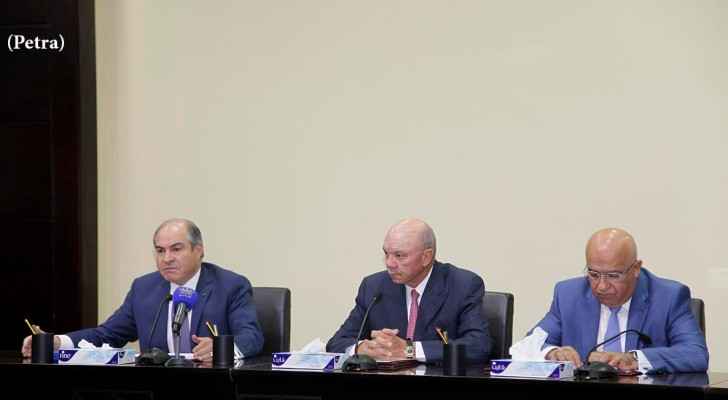 Jordan is working to tackle the economic toll imposed by the closure of its borders and crossings, restricting access to neighbouring countries, said Prime Minister Hani ALlMulki.

In a meeting with the president and members of the Senate on Monday, Al Mulki addressed the various economic challenges being tackled in the Kingdom, emphasising the need for Jordan to act swiftly to ease the economic impact that border closures have had on Jordan’s exports to neighbouring countries, Petra reported.

Al Muki emphasised the government’s intent to maintain cooperation and coordination with the two Houses of Parliament, in order to overcome challenges created by instability in the region.

According to the prime minister, the public debt has since stablised after a surge fuelled by regional instability and the influx of Syrian refugees. "Due to that, there was a need to press ahead with a national economic and financial reform program to put the Jordanian economy back on the right track," Al Mulki added.

The Kingdom has been under economic strain after Jordan was forced to close its borders with Syria and Iraq, alongside an influx of refugees into the Kingdom.

A recent report by the Jordan Strategy Forum showed that exports to Iraq, one of Jordan’s biggest trade partners, have decreased dramatically since the border closure between the two countries. While Iraqi imports in 2014 amounted to approximately $1.16 billion, one year later, domestic exports to Iraq decreased to $695 million, mainly due to the 2015 border closure.

Economic pressure has been further intensified by the task of hosting more than 600,000 Syrians who have fled the conflict, the costs of which are only partly covered by foreign aid.