Iraqi Christians alarmed by deportation threats from US Immigration

The first chartered flight of deportees back to Iraq took place on April 19, raising alarms among US Chaldeans. 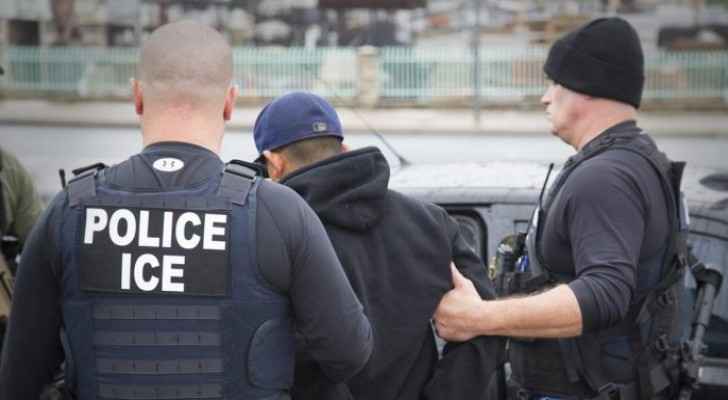 Iraqi Christians in the US are expressing alarm over the arrests of Chaldean immigrants in the Detroit area for deportation back to the war-torn nation, where they could face persecution.

A number of Chaldeans, part of an ancient Christian minority in Iraq, were detained Sunday in an enforcement sweep, US Immigration and Customs Enforcement (ICE) said.

The immigrants targeted had criminal records and were living among a community of tens of thousands of Iraqi Chaldeans in the Detroit area. Many fear returning to Iraq could be dangerous, if not deadly.

Video posted on Twitter showed what appeared to be a row of detained men in handcuffs marching onto a bus, while voices can be heard off camera yelling in protest.

"Why are you doing this? That's someone's grandfather!" someone can be heard yelling.

"Don't sign anything!" another voice exclaims, as others are crying. "You came as a refugee... you have a right to stay!"

Some 30 to 40 people were arrested, according to US media reports. All had been given final deportation orders following criminal convictions, but had remained in the US for years, because Iraq did not accept US deportations.

In a March deal between the US and Iraqi governments, the Trump administration agreed to remove the Middle Eastern country's nationals from its proposed travel ban, in exchange for Iraq agreeing to take in deported immigrants.

The first chartered flight of deportees back to Iraq took place on April 19, raising alarms among US Chaldeans, who fear returning to a region where even the US government characterized as genocide the Islamic State's treatment of Christians last year.

Many in the Detroit-area Chaldean community had voted for Trump, in hopes that he would crack down on the Islamic State, which has massacred religious minorities in Iraq and Syria.

In a statement, ICE confirmed Sunday's immigration sweep, but would not say how many were arrested.

"The agency recently arrested a number of Iraqi nationals, all of whom had criminal convictions," ICE said, adding that a majority were taken to a detention center in Ohio.

An agency spokesman would not disclose to AFP when and if the detainees would be flown back to Iraq "for operational security reasons."

The agency said it would release more information in the coming days.