The International Committee of the Red Cross has warned of the possibility of a "systemic collapse". 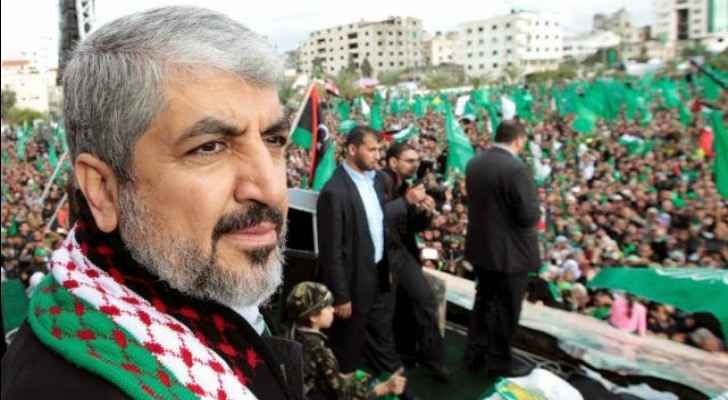 Hamas this week marks 10 years since taking power in Gaza with the Palestinian enclave at risk of conflict and facing electricity blackouts, poverty and Israel's blockade, analysts and officials say.

The situation is likely to be further complicated by the Saudi-led diplomatic row with Qatar, which has been a major donor to the Gaza Strip but may be forced to reduce its support due to the dispute.

Divisions remain deep between the Islamist movement Hamas and Palestinian president Mahmud Abbas's Fatah, based in the occupied West Bank, with reconciliation between the two rivals seemingly a long way off.

"It's the Gazans who pay the price," said rights activist Hamdi Shaqura, with nearly half of the population unemployed and more than three-quarters dependant on humanitarian aid.

Hamas has run Gaza since June 15, 2007, having seized it in a near civil war from Fatah following a dispute over parliamentary elections won by the Islamist movement.

Hamas and other Palestinian militant groups in Gaza have since fought three wars with Israel.

Israel's blockade of the strip, now more than a decade old, has heavily damaged Gaza's economy, while the enclave's crossing with Egypt has remained largely closed in recent years as well.

Egypt has also destroyed most of the tunnels Gazans used for smuggling to and from the Sinai peninsula.

Those moves have come as Gazans observe the Muslim holy month of Ramadan and as the summer heat sets in.

"People can no longer buy or sell," said Nahed Abu Salem, who runs a candy shop in the Jabalia refugee camp, with cuts to civil servants' salaries taking a hit on the economy.

Ayed Hassouna, a 34-year-old coffee seller, says he spends 300 shekels ($85, 75 euros) every day on a generator to operate a bean-grinding machine, making his business unprofitable.

"In any case, we can't produce anything without electricity," he said.

Many analysts say the situation could further worsen in the enclave of some two million people squeezed between Egypt, Israel and the Mediterranean Sea.

In the past, Hamas backer Qatar has regularly stepped in with financial assistance.

But Qatar now faces a diplomatic crisis, with Saudi Arabia, the United Arab Emirates, Bahrain and others cutting ties after accusing it of supporting extremist groups.

"The big loser is us," said Ahmed Yousef, a senior Hamas member who has been a pragmatic voice within the Islamist movement labelled a terrorist organisation by Israel, the United States and the European Union.

"It is us who are going to pay the price."

Hamas has sought to soften its image in recent months with a new policy document somewhat easing its stance on Israel while still not recognising the country.

But it has also faced increasing isolation.

Relations with Egypt deteriorated after the 2013 ouster of Islamist president Mohamed Morsi by Egypt's then army chief and now President Abdel Fattah al-Sisi.

It also lost Syria's support during the Arab Spring uprisings.

Gazans are left to endure the fallout.

They have been receiving three to four hours of electricity per day, but Abbas's reported decision to slash payments has led Israel to reduce supplies.

When that takes effect, the strip will be left with around two or three hours per day.

Concerns have been raised for hospitals and infrastructure such as water treatment facilities -- already at risk.

The International Committee of the Red Cross has warned of the possibility of a "systemic collapse".

For Yousef, it amounts to a situation where, for many young people, "it's better to die than live".

Young people came together for protests against electricity shortages in January, including one in which thousands in northern Gaza walked to the local headquarters of the electricity company.

Hamas security forces fired warning shots and made arrests as they dispersed the protesters.

Whether the tensions will lead to another escalation between Hamas and Israel is a question constantly being posed.

While UN officials have called for Israel to lift its blockade, citing deteriorating conditions, Israel says it is needed to stop Hamas from obtaining weapons or materials used to make them.

Hamas says it must defend itself in the face of Israel's overwhelming power and that the blockade stops it from importing needed material while stifling its economy.

Mukhaimer Abu Saada, a political scientist in Gaza, said he does not see the blockade being lifted until Hamas gives up power in the strip.

But, for him, Hamas agreeing to do so could "avoid more catastrophes".