Independence a long shot for Iraq's Kurds despite historic referendum 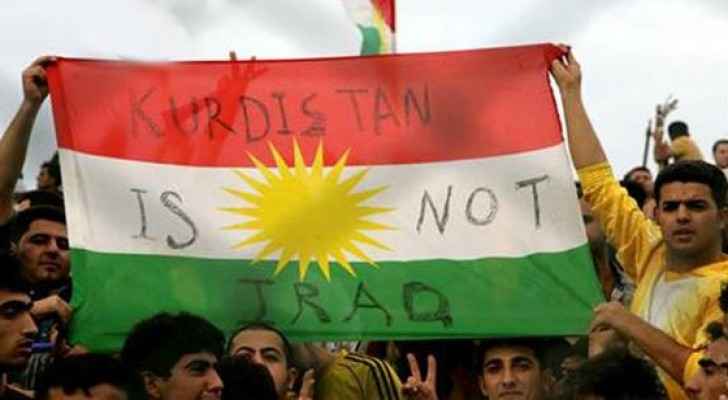 Many Iraqi Kurds hailed last week's announcement of a September referendum on independence as historic, but major obstacles will remain on the path to statehood after an expected landslide "yes".

The autonomous region is still at war with the Islamic State group, it hosts a displaced population of more than a million and its once promising economy has taken a double hit from conflict and low oil prices.

The northern region's leader, Massud Barzani, announced on June 7 that a referendum would be held in Kurdish areas of Iraq on September 25 to ask voters if they want a separate state.

The vote is non-binding, but sets the wheels in motion for an independent state that has been gestating since Iraq's Kurds gained autonomy from Baghdad on the back of the 1991 Gulf War.

Hoshyar Zebari, a former foreign minister of Iraq and a senior negotiator in Kurdistan's independence process, described the decision as signifying that the Kurds had "crossed the Rubicon", the point of no return.

Besides obvious security and economic challenges that need to be overcome for any viable state project, the other necessary conditions are internal unity and external assent.

"The two biggest obstacles to Kurdistan's independence are the question of its boundaries with Iraq and international recognition," analyst Nathaniel Ribkin said.

"If no agreement is reached with Baghdad on borders, many countries will be reluctant to recognise a unilateral declaration of independence," said Ribkin, managing editor of the Inside Iraqi Politics newsletter.

Iraqi Kurdistan's most powerful neighbours Turkey and Iran, which have their own Kurdish minorities and support one of the autonomous region's two main rival parties, have spoken against the referendum.

Tehran warned it could "only lead to new problems" while Turkey, through which Iraqi Kurdish oil is being exported, called the decision to organise the referendum "irresponsible" and a "grave mistake".

Baghdad, much like the Kurdish region's key US ally, has reacted relatively tamely by stressing the need to comply with the constitution and reaffirming its commitment to Iraq's territorial integrity.

The official reactions are as predictable as the referendum itself, which the Kurdish administration had promised would be held after Mosul is retaken, but the more distant prospect of secession is already being discussed by all sides.

The federal government has already set up a committee to discuss the shape of relations between Baghdad and a future, independent Kurdistan.

Turkey has expressed strong displeasure at the date of the referendum but may ultimately not be completely hostile to Kurdish independence in Iraq if this can help it contain Kurdish separatism at home.

Washington also objected to the timing of the vote, but has repeatedly expressed its support for the principle of self-determination.

"Without ironclad US security guarantees, an independent Kurdistan is unlikely to survive," Amberin Zaman, a fellow at the US-based Wilson Center, wrote in a recent paper on the issue.

Iraqi Kurdish leaders enjoy strong support in Congress and appear to be taking the bet that Washington will be pragmatic and endorse a fait accompli, as it did a quarter of a century ago when the Kurds used a US-enforced no-fly zone to start building their institutions.

But Iraq's roughly five million Kurds do not all agree between themselves on the referendum, whose announcement prompted some suspicious reactions internally.

The region is in political limbo. Barzani's mandate as regional president expired nearly two years ago and parliament was suspended a few weeks later.

The administration run by the Barzani clan is struggling to pay salaries and faces strong opposition, including from two parties that argued that a referendum should come after parliamentary and presidential polls.

"The referendum could serve as a lifeboat for ruling Kurdish parties that have failed to govern effectively," said Yerevan Saeed, an analyst and research associate at the DC-based Arab Gulf Institute.

"Unless there is a form of Kurdish unity, I don't see any viable path towards Kurdish independence," he said.

While both the internal and broader context seem far from propitious, the ideal moment may never come, and some argue that the prospect of independence might be what the Kurds need to overcome their current difficulties.

"It is up to their leaders to bury the hatchet and to ensure that this dream for which so many Kurds have laid down their lives is finally translated into reality," Zaman said.