ISIS congratulates 'children of the caliphate' on Philippines' jihadist attacks

The ISIS spokesman congratulated the perpetrators on the Philippines attacks. 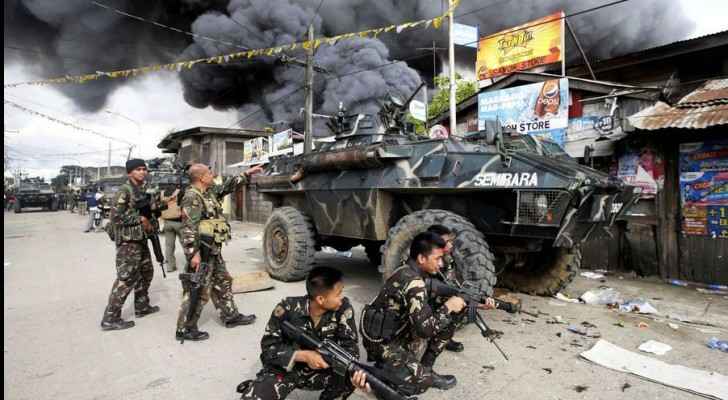 A spokesman for the Islamic State group praised jihadist attacks in the Philippines and Iran, in an audio recording broadcast Tuesday.

The recording broadcast by jihadist accounts on social networks was part of a general appeal to extremists around the world to continue their attacks during the Muslim holy month of Ramadan.

"Children of the caliphate in eastern Asia, we congratulate you for taking Marawi," IS spokesman Aboulhassan al-Mouhajer said, referring to the Philippine city seized by Islamist militants last month.

Thousands of Philippine troops are battling hundreds of insurgents who overran the southern city on May 23, flying black IS flags and using up to 2,000 civilians as human shields.

Fierce fighting in the city has left a total of 58 soldiers and police and more than 20 civilians dead, according to the military which estimates that almost 200 jihadists have been killed.

The IS spokesman also congratulated the perpetrators of last week's attacks in Iran.

Seventeen people were killed and dozens wounded when armed men and suicide bombers attacked Tehran's parliament complex and the shrine of revolutionary leader Ayatollah Ruhollah Khomeini on June 7, the first strikes claimed by the group in Iran.

The five attackers were killed.

Mouhajer urged "caliphate soldiers" to continue their actions during Ramadan in Iraq and Syria.