Captagon, or Fenethylline, is an amphetamine which is widely used in the Middle East. (Photo from official sources) 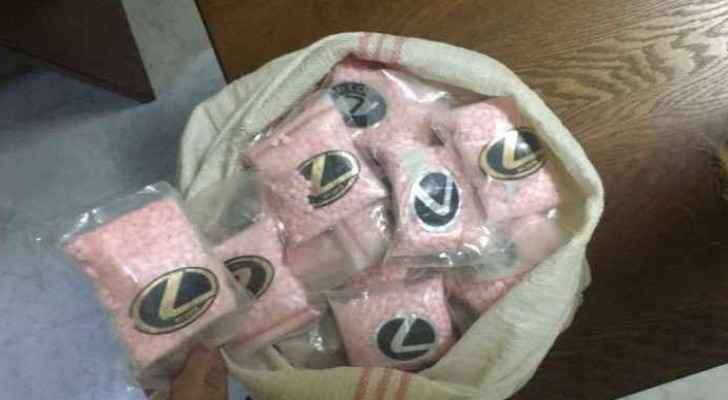 One hundred and ten thousand Captagon pills have been seized by Anti Narcotics Department (AND) personnel near Qatraneh, in Karak Governorate, 90km south of Amman, according to an AND spokesperson.

AND received a tip-off about a vehicle suspected of transporting a large quantity of narcotic pills near Qatraneh. When agents approached the vehicle, the spokesperson said, the driver fled the scene in and threw a bag out of the vehicle.

When agents recovered the bag, the official added, it was found to contain small bags with an estimated 110,000 Captagon pills. The AND have circulated a description of the vehicle and the driver to assist in his arrest.

As an amphetamine, Captagon can allow the user to stay awake for long periods, sometimes days at a time.

Such effects have seen many fighters in the Syrian war use the drug to fight, without sleep, for extended periods, to such extent that Captagon has been called “the amphetamine fuelling Syria's civil war” by The Guardian.