Najjar is a 42-year-old Jordanian journalist and a member of the Journalists Syndicate and the Jordanian Writers Association. (Photo from Tayseer Al N 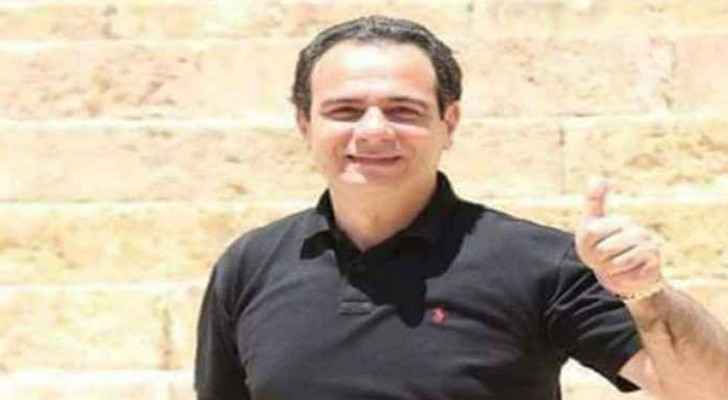 Jordanian journalist Tayseer Al Najjar, sentenced to three years in prison in the United Arab Emirates (UAE) for a Facebook post, attended a hearing on Monday to appeal against his sentence, according to his wife, Magda Al Hourani.

Hourani said that the UAE's Supreme Federal Court court will consider the appeal, filed by Najjar's lawyer around two months ago, challenging the three-year sentence and the 500,000 dirham (JD100,000) fine.

"My great hope, in the month of blessing and fasting [Ramadan], is that Taysir will return to me so that my children will rejoice with their father on Eid", she said.

Hourani expressed her “great confidence” in the leadership of the UAE and praised their “tolerance and generosity”.

Najjar is a 42-year-old Jordanian journalist and father of five, and a member of the Journalists Syndicate and the Jordanian Writers Association. He previously worked in the cultural section of the Jordanian daily newspaper Al Dustour.

Taysir was arrested in the UAE after publishing a post on Facebook during the Israeli attack on Gaza in 2014, in which he criticised the UAE's position on the aggression and its cooperation with Egypt to destroy tunnels between Egypt and Gaza.

Najjar was detained at Al Wathba prison after being arrested at Abu Dhabi airport while preparing to travel to Amman on December 13, 2015.

Najjar's first court session in the UAE was in January, where he was charged with “abusing the state”. The Jordanian Bar Association instructed Faisal Al Khuza'i to follow up on Najjar's case, and he visited the UAE a month ago to meet Najjar.

The Jordanian embassy in Abu Dhabi has also offered assistance.

On March 15, 2017, Najjar was sentenced to three years in prison by an Emirati court, with a 500,000 dirham fine also levelled against him for “insulting state symbols”.

UAE Federal Law No. 5 of 2012 to Combat Cybercrime stipulates several offences which can be punishable by imprisonment, fine or deportation.