Macron headed for huge majority, but low turnout a concern

Macron headed for huge majority, but low turnout a concern 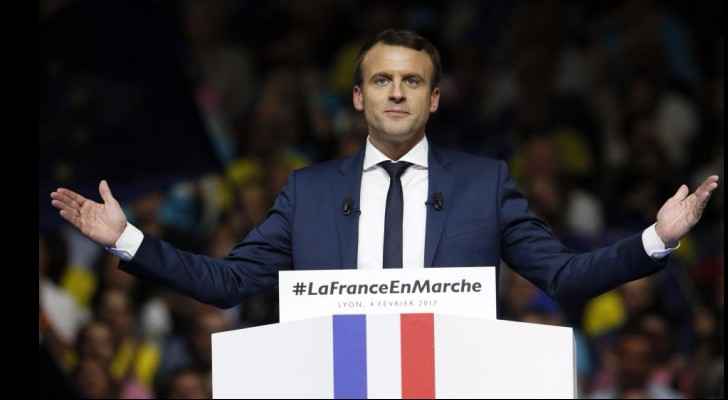 French voters have put President Emmanuel Macron's party on course for a crushing parliamentary majority, though a record low turnout in the first round of voting raised concerns Monday over the strength of his future mandate.

Projections showed Macron continuing his centrist revolution, with his Republique en Marche (Republic on the Move, REM) party and its ally MoDem tipped to win between 400 and 445 seats in the 577-member National Assembly in next Sunday's second round.

Such a share would give Macron -- who founded his party just a year ago -- one of the biggest parliamentary majorities the modern French state has seen.

"France is back," Prime Minister Edouard Philippe declared triumphantly, calling the result a vote for the president's "confidence, will and daring".

But government spokesman Christophe Castaner admitted the 49 percent turnout -- the lowest for six decades in such a vote -- was "a failure of this election" and that Macron's team would need to reach out to those who stayed away.

Former prime minister Alain Juppe of the rightwing Republicans said the mass stayaway by voters was a sign of "deep malaise" in the electorate and that a clean sweep by Macron would be bad for democracy.

"The stakes of the second round are clear," said the Bordeaux mayor, calling for Republicans voters to turn out in force on Sunday. "Having a monochrome parliament is never good for democratic debate."

Ifop pollster Frederic Dabi said a virtual monopoly on power would up the ante for Macron. "The French will expect results", he warned.

Only four MPs -- two of them from Macron's slate -- topped the 50 percent mark needed for election at the first round.

Official final results showed his year-old REM and allies MoDem winning 32.32 percent, ahead of the right-wing Republicans and its allies on 21.56 percent and the far-right National Front (FN) of Marine Le Pen on 13.20 percent.

The Socialists and their allies secured just 9.51 percent while the radical left and communists were on 13.74 percent.

Macron's camp is expected to significantly boost its score in Sunday's second round with voters fed up with mainstream politics keen to try out his team, half of which is composed of rookie politicians.

They include Marie Sara, a retired bullfighter, who is running neck-and-neck with FN stalwart Gilbert Collard in southern France, and star mathematician Cedric Villani running for office in the southern Paris suburb of Essonne.

The Republicans -- who had hoped to rebound from their humiliation in the presidential vote -- are shown trailing in second with a predicted 70-130 seats.

The FN, which has long complained that France's winner-takes-all system discriminates against small parties, is meanwhile forecast to garner only between one and 10 seats.

The party's result showed it struggling to rebound from Le Pen's bruising defeat by Macron in May's presidential run-off.

The FN's deputy leader Florian Philippot admitted to "disappointment" and called on FN voters to turn out in force for the second round.

The worst losses, however, were for the Socialists of Macron's deeply unpopular predecessor Francois Hollande, who are predicted to lose around 200 seats -- a historic rout that has thrown the party's future into question.

Party leader Jean-Christophe Cambadelis and failed presidential candidate Benoit Hamon both crashed out of the running on Sunday.

France's youngest-ever president at 39 coasted to victory in Sunday's first round on the back of a strong debut.

He has been praised for appointing a balanced cabinet that straddles the left-right divide and taking a leading role in Europe's fight-back against US President Donald Trump on climate change.

Sunday's results show he will have relatively free rein to push through the ambitious labour, economic and social reforms he promised on the campaign trail.

The former investment banker who had never held elected office before becoming president will also have succeeded in ushering in a younger and more diverse parliament with more women and ethnic minorities.

His party fielded newcomers in around 200 constituencies, some of whom felled long-sitting former ministers at the first round.

"Emmanuel Macron is set to pull off the most spectacular grand slam of the Fifth Republic," wrote Laurent Joffrin of the left-leaning Liberation daily. "His one-year-old movement is ready to flood the parliament with conquering neophytes."

Faced with a submissive parliament, opponents to Macron's plans to loosen labour laws are set to take to the streets.

A group of trade unions and NGOs have already thrown the gauntlet, calling for demonstrations in several cities on June 19.