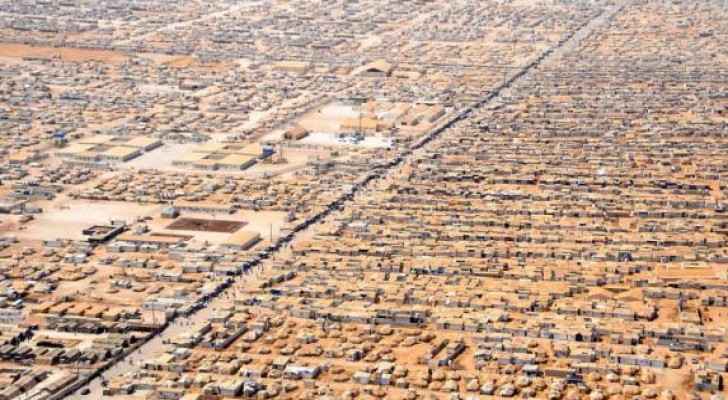 As Kurdish and Arab forces, backed by the US, battle for control of the so-called Islamic State (IS)’s de facto capital of Raqqa in northern Syria, a growing number of displaced families are fleeing for their lives and seeking refuge in Rakban camp on Jordan’s northern border with Syria.

According to opposition factions in southern Syria, the number of refugees entering Rakban has increased since the battle for Raqqa began, Al Ghad reported.

A Jordanian source working in Rakban spoke with Roya English, on condition of anonymity, and confirmed that the battle of Raqqa has led to a rise in residents fleeing from the city.

“The number of incoming refugees has increased in Rakban, because of what is occurring in Raqqa,” they said.

“With the SDF announcing the big battle to liberate Raqqa, a lot of people have managed to flee from Daesh, and their closest choice of refuge is Rakban. It is the safest path for them, rather that going up to Turkey”, they said.

According to a US military official widely quoted in the media, over 200,000 people have fled the IS stronghold of Raqqa at the beginning of June, with refugees moving into camps and built-up settlements nearby.

Rukban is located in a sparsely populated area near the intersection of the borders of Syria, Iraq and Jordan. According to the United Nations, around 60,000 Syrians are trapped in a makeshift settlement in a no man's land.

“It’s a desperate picture for people trapped at the berm; food is running out and disease is rife,” said Tirana Hassan, Crisis Response Director at Amnesty International, quoted on the international human rights organisation’s website.

“In some cases people are suffering, or even dying, from preventable illnesses, simply because they are not allowed into Jordan and the authorities have blocked access for aid, medical treatment and a meaningful humanitarian response,” Hassan added.