Iran also announced it had sent tonnes of vegetables to Qatar. 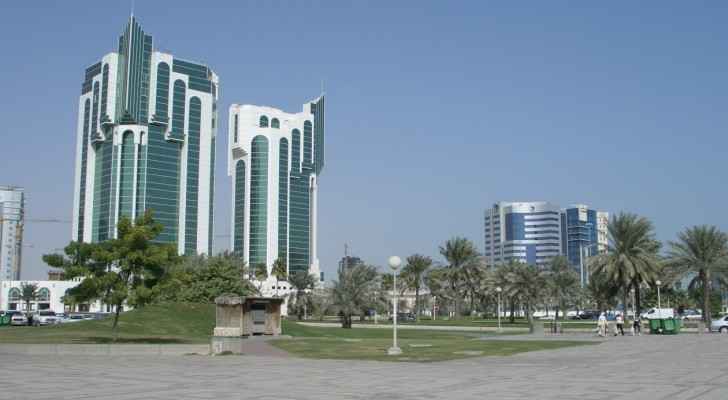 Qatar moved Sunday to avoid an escalation of its feud with Gulf neighbours by telling their citizens they are welcome to stay, while boasting of "business as usual" for vital gas exports.

Iran also announced it had sent tonnes of vegetables to Qatar, which has seen food imports threatened after its neighbours cut air, sea and land links with the country.

Nearly a week after Saudi Arabia and several of its allies severed ties with Qatar in an unprecedented Gulf diplomatic crisis, there were no signs of the bitter dispute being resolved.

Saudi Arabia, the United Arab Emirates, Bahrain and others accused Qatar of supporting extremist groups, an assertion since backed by US President Donald Trump.

Qatar strongly rejects the allegations and has said it is open to talks on ending the dispute, which also saw the three Gulf states order all Qatari citizens out of their countries within 14 days.

The crisis has raised deep concerns of instability in the region and on Sunday Kuwait's foreign minister said his country would continue efforts to mediate a solution to the crisis.

Qatar said late on Saturday it would not retaliate with such measures of its own.

A statement carried on Qatari state media said Doha would "not take any measures against residents of Qatar who hold the nationalities of countries that severed diplomatic ties... on the back of hostile and tendentious campaigns against the country".

The decision will come as a relief to the more than 11,000 people from Saudi Arabia, the United Arab Emirates and Bahrain living in Qatar.

Concerns have been raised for the impact of these measures on people who live in all the countries affected.

"For potentially thousands of people across the Gulf, the effect of the steps imposed in the wake of this political dispute is suffering, heartbreak and fear," Amnesty International has said.

Despite the unprecedented sanctions, Qatar says that its crucial exports of liquified gas have not been interrupted.

"Qatar Petroleum... is conducting business as usual throughout all its upstream, midstream and downstream businesses and operations, and in all activities across all of QP's world-class facilities," a statement read.

Gas has helped transform the tiny emirate into one of the richest countries in the world, fuelling its rise into a major regional player and helping fund huge infrastructure projects such as the 2022 football World Cup, which will be hosted by Qatar.

FIFA president Gianni Infantino on Sunday said he was confident the diplomatic crisis posed no threat to the 2022 edition of the World Cup, which raked in $4.8 billion in 2014 in Brazil, according to a FIFA report.

Qatar's rivals have also accused Doha of being too close to the Sunni Arab Gulf states' arch-rival -- Shiite-dominated Iran -- in claims that Doha has also denied.

Iranians officials said on Sunday that tonnes of vegetables had been sent from Iran to Qatar since the measures were taken against it.

Iran Air spokesman Shahrokh Noushabadi said five planes carrying around 90 tonnes of vegetables each had been sent to Qatar in recent days.

"We will continue deliveries as long as there is demand," Noushabadi added, without saying if the deliveries were commercial exports or aid.

- Kuwait presses on with efforts -

Three ships loaded with 350 tonnes of fruit and vegetables were also set to leave an Iranian port for Qatar, the Tasnim news agency quoted a local official as saying.

Moscow on Saturday joined other nations in calling for a dialogue, after US Secretary of State Rex Tillerson urged Saudi Arabia and its allies to ease their "blockade" of Qatar.

Washington has sent mixed signals on the crisis, despite Qatar's position as a key ally and host to the largest US airbase in the region.

While Tillerson and others have called for an easing of tensions, Trump on Friday said Qatar had "historically been a funder of terrorism at a very high level".

Kuwait, which has not joined its neighbours against Qatar, has been leading mediation efforts and on Sunday Foreign Minister Sheikh Sabah al-Khaled Al-Sabah said that would continue.

"Kuwait stresses the need for the dispute to be resolved within the Gulf framework," Sheikh Sabah said in a statement quoted by the KUNA news agency.

Qatar has expressed readiness "to understand the concerns of its brothers and respond to the efforts of the emir (of Kuwait) to strengthen peace and security," the foreign minister said.