Palestinian prisoners ended their hunger strike on May 27. 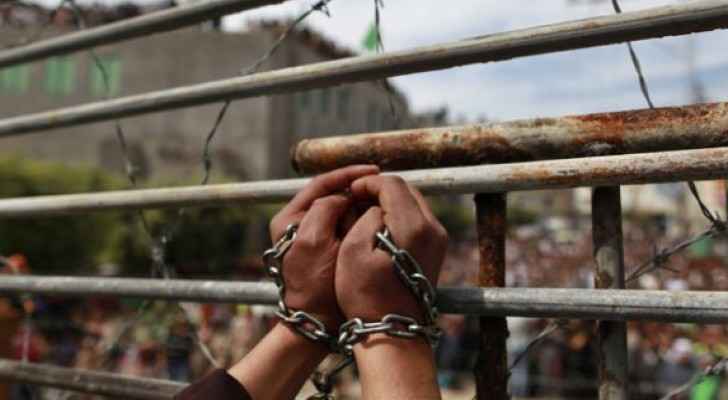 Weeks after the mass Palestinian prisoners hunger strike came to an end, many detainees are still suffering from the health effects of the 41-day long campaign, protesting the unfair and degrading conditions in Israeli jails.

The Palestinian prisoners had gone on hunger strike for 41 days, before reaching an agreement with Israeli Prison Services on May 27.

According to the Palestinian Prisoners and Detainees Authority, some of the prisoners who went on a hunger strike last month are suffering from psychological and neurological problems.

The authority blamed the continued health implications on the suppressive measures used by guards to discourage hunger strikers - including withholding salt and water, the only two nutrients consumed during the strike, or basic hygiene products.

Red Cross doctors have reportedly been asked by the authority to conducting medical and psychological examinations on the prisoners.

In a statement released two days before the end of the hunger strike, the International Red Cross warned of irreversible damage to detainees health.

"ICRC doctors have been visiting all the detainees on hunger strike and closely monitoring their situation," said the head of ICRC’s health department in Israel and the occupied territories, Dr Gabriel Salazar.

"Six weeks into the hunger strike, we are concerned about potentially irreversible health consequences. From a medical perspective, we are entering a critical phase."

The hunger strike reportedly resulted in a number of agreements being reached between Palestinian prisoners and Israeli authorities. However, while the Palestinian Committee of Prisoners’ Affairs announced that 80 percent of the hunger strikers’ demands were met, Israeli Prison Services have denied that there was any engagement in negotiations with the prisoners.