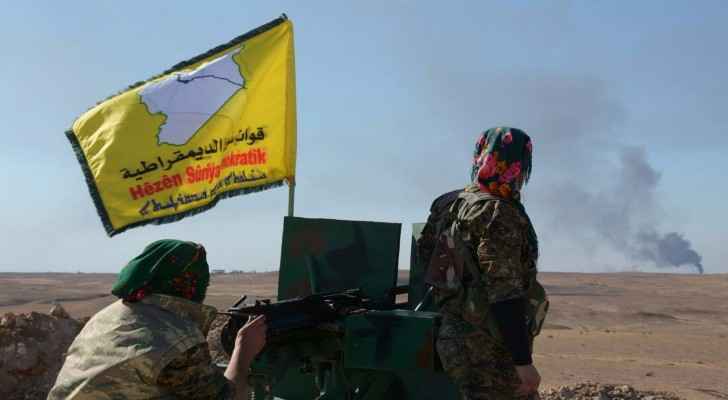 US-backed Syrian fighters captured their first western district of the Islamic State group's bastion Raqa on Sunday, days after seizing an eastern neighbourhood from the jihadists.

A statement by the Syrian Democratic Forces said their fighters "liberated the neighbourhood of Al-Romaniya on the western front of Raqa, after two days of continued clashes."

It said the fighting there had left at least 12 IS jihadists dead.

Backed by the US-led coalition bombing IS, the SDF's Arab and Kurdish fighters broke through the northwestern district of Al-Romaniya on Saturday.

The alliance is also in control of the eastern neighbourhood of Al-Meshleb, which it captured within a day of first entering Raqa city.

Held by IS since 2014, Raqa emerged as a key hub for the jihadist faction's operations in Syria, neighbouring Iraq, and beyond.

The SDF has spent seven months tightening the noose on the city before finally entering it on Tuesday.

More than 320,000 people have been killed since Syria's conflict erupted in March 2011 with demonstrations against President Bashar al-Assad.

It has since turned into war pitting jihadists, rebel groups, government forces, and Kurdish fighters against each other.

Aid groups battle to reach Syrians in Raqa as thousands ....