Allenby bridge from the Jordan side. 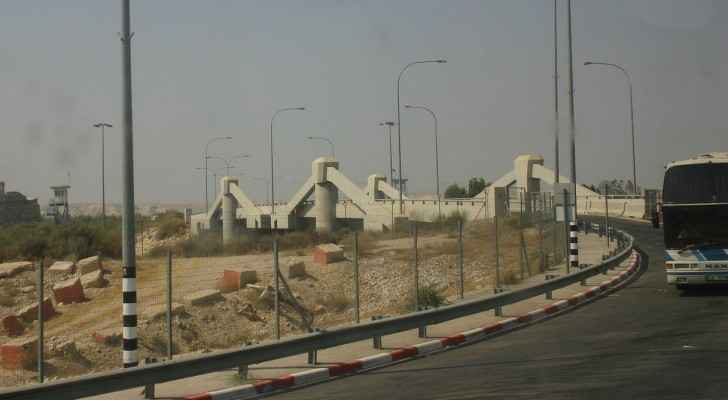 Crossing from Jordan into the occupied West Bank may soon be more accessible to travellers, with the Israeli-controlled Allenby Bridge border crossing planning to open 24 hours, five days a week, according to Maan News.

A spokesperson for COGAT, the Israeli agency responsible for implementing Israeli policies in the occupied Palestinian territory, confirmed that between June 20 and Sep. 10, the crossing would be open 24 hours Sunday through Thursday. On Friday and Saturday it will be open until 5 p.m.

"The decision is intended to be permanent and will serve the residents during the summer months during which there is a rise in the number of crossings," they told Maan News.
Palestinians living in the occupied territory are heavily reliant of the Allenby crossing. Unable to access Israel’s Tel Aviv airport without a special permit, most rely on the Amman airport in Jordan to travel abroad.

According to Israeli human rights group, Btselem, Israel often uses its control over the crossing to deny travel to many residents, keeping them confined to the West Bank for years.

If access to Jordan is granted, Palestinians and other travellers are faced with harsh conditions at the Allenby Bridge crossing. This includes interrogations and long waiting houses, often in buses with no access to food, water or washrooms, with passengers forbidden to leave their bus.

The Karama International Campaign for the Movement of Palestinians lauded praised the approved plan as improving travel procedures, “after decades of complicated bureaucratic procedures” at the infamously difficult crossing.