Turkey says it will continue to give all kinds of support to Qatar. 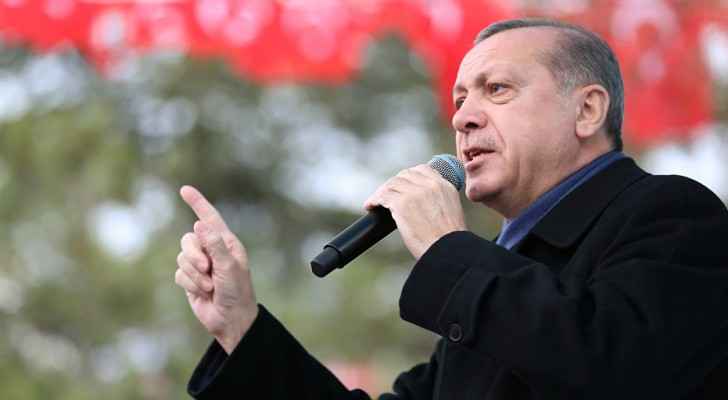 Turkish President Recep Tayyip Erdogan on Friday said he has never known Qatar to give support to terror organisations, a charge made by Saudi Arabia and its allies who have cut ties with the gas-rich emirate.

Saudi Arabia, the United Arab Emirates, Bahrain and other states broke off relations on Monday over what they say is the emirate's financing of extremist groups as well as its ties to Iran, Riyadh's regional arch-rival.

On Friday, the Saudis and their allies placed several Qataris and Doha-based organisations on a "terror list" as the bitter diplomatic row escalated.

They released a joint statement listing as many as 18 individuals, including members of Qatar's royal family and a former minister as involved in "terrorist" activities.

While maintaining good relations with the Gulf states, Turkey has vowed to continue to back its close ties with Qatar, which Erdogan again defended on Friday.

"They declare foundations established to provide different services as terror organisations. Something like this should not happen. I know those foundations. Until today I have not witnessed Qatar give support to terror," Erdogan said in Istanbul.

In addition to cutting ties, Saudi Arabia has also sealed off Qatar's only land border, a crucial lifeline for food imports.

The Turkish leader called for the "blockade" against Doha to be "completely lifted", urging Saudi Arabia to show leadership and encourage good relations in the region.

"I have a request to the Saudi administration: you are the biggest in the Gulf, the strongest... not with hostilities, you should be the leader of fraternity there, you should bring everyone together," Erdogan said.

He also ratified a bill approved by Turkish lawmakers on Wednesday to deploy troops to a Turkish base in Qatar in a move seen as Ankara's show of support for Doha.

Erdogan defended the action, asking "our friends" in the Gulf: "Why does the American base not discomfort you? There are other countries' bases too, why doesn't it discomfort you?"

He was referring to the enormous Al-Udeid airbase, the United States' biggest in the Middle East which is home to some 10,000 US troops.

It is a crucial hub for US military operations in the Middle East, especially the battle against the Islamic State group.

Erdogan said Turkey would continue to help Qatar such as exporting food and medicine to them.

"Sorry, but we will continue to give all kinds of support to Qatar," he said.