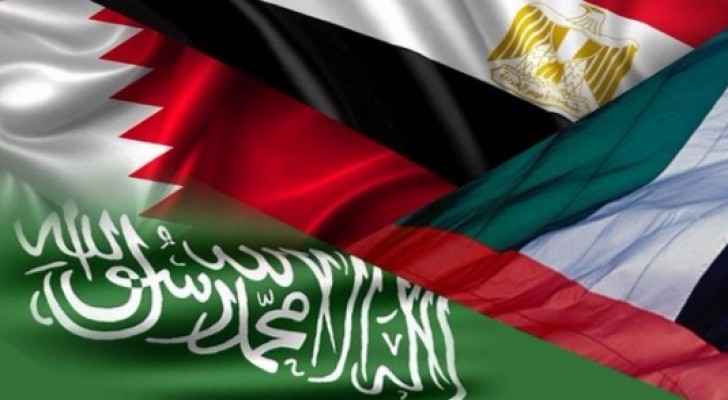 Saudi Arabia and allies, which have cut ties with Doha, on Friday issued a list of individuals and entities they say are linked to Qatar over "terrorism".

It is the first joint statement issued by the four since Monday, when they severed ties with the gas-rich emirate which has long exercised an independent streak in its foreign policy.

They issued the list hours after Qatar said it would not "surrender" and rejected any interference in its foreign policy.

"This list is connected to Qatar and serves suspicious agendas in an indication of the duality of Qatar policies," said the statement from Saudi Arabia, the United Arab Emirates, Egypt and Bahrain.

It shows that Qatar "announces fighting terrorism on one hand and finances and supports and hosts different terrorist organisations on the other hand," they said.

The list, however, contains at least two names already designated internationally as terrorist financiers, and against whom Qatar took action, according to a previous US Department of State report.

Those two, Sa’d al-Ka’bi and Abd al-Latif al-Kawari, are among dozens of individuals and entities named Friday by Saudi Arabia and its three allies.

"The four countries agreed on categorising 59 persons and 12 entities in their list of terrorism," they said, affirming "that they won't be lenient in pursuing" such persons and groups.

Along with Qataris, many on the list are individuals and groups from Egypt, Bahrain and Libya.

In severing diplomatic ties with its Gulf neighbour on Monday, Riyadh accused Doha of supporting groups including some backed by Iran.

It accused Doha of harbouring "terrorist and sectarian groups that aim to destabilise the region including the Muslim Brotherhood, Daesh (the Islamic State group) and Al-Qaeda".

Riyadh has itself faced accusations of tolerating or even supporting extremists, in particular after the September 11, 2001 attacks on the United States.

In its latest Country Reports on Terrorism, the US State Department said Qatar in 2015 froze assets and imposed travel bans on Ka'bi and Kawari, both of whom are Qatari citizens.

"Despite these efforts, entities and individuals within Qatar continue to serve as a source of financial support for terrorist and violent extremist groups, particularly regional Al-Qaeda affiliates such as the Nusrah Front," the State Department said.

"Qatar has made efforts to prosecute significant terrorist financiers."