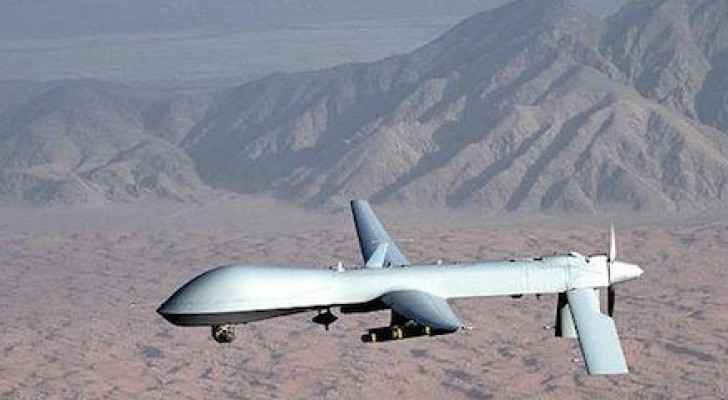 US forces shot down a pro-regime drone in southern Syria on Thursday after it fired at coalition forces, officials said.

No one was hurt in the incident, which occurred near the coalition's At-Tanaf garrison, coalition spokesman Colonel Ryan Dillon told Pentagon reporters.

"It was armed and still had weapons on it when it was fired upon by US forces from an aircraft," Dillon said.

He noted that the weapon dropped from the drone had only hit dirt, but this nonetheless was "clearly meant" as an attack.

At-Tanaf, on the key highway connecting Damascus with Baghdad, has been menaced by a surge of Iran-backed troops loyal to Syrian President Bashar al-Assad.

The area, also just northeast of the Jordanian border, is used by coalition forces as a training and staging area for attacks against the Islamic State group.

The drone was about the same size as a US MQ-1 Predator, but Dillon said it was not immediately clear who owned the aircraft or whether it may have been Iranian.

The coalition has established a "de-confliction" zone, extending 55 kilometers (34 miles) from the garrison, in which pro-regime and Russian forces are not supposed to operate.

Dillon said the drone had fired on coalition forces patrolling outside the zone.

The shoot-down came after another incident earlier Thursday, when coalition forces struck "technical vehicles" that were advancing toward At-Tanaf and threatening coalition and partner forces, US Central Command said in a statement.

That was the third time the coalition has struck pro-regime forces near At-Tanaf since mid-May.