Trump called Sheik Tamim on Wednesday with an offer "to help the parties resolve their differences". 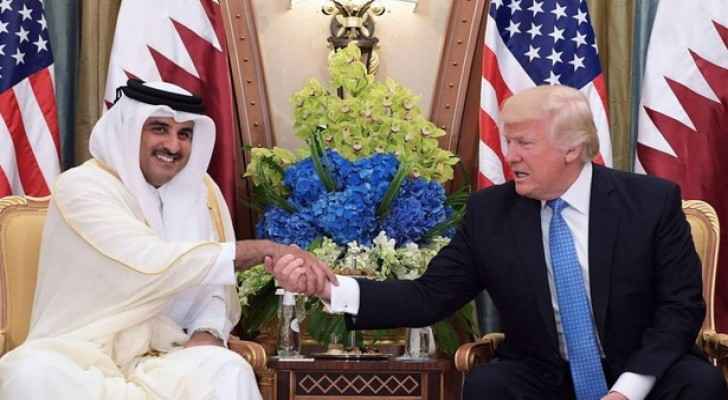 Efforts to resolve a diplomatic dispute pitting Saudi Arabia and its allies against Qatar intensified Thursday, after Washington offered to mediate the biggest crisis to grip the Gulf in years.

As Kuwait's emir shuttled between Gulf capitals for talks, US President Donald Trump offered to host a White House meeting if necessary, in a change of heart from his initial support for the Saudi-led boycott.

Saudi Arabia, the United Arab Emirates, Egypt and Bahrain lead a string of countries that this week cut ties with Qatar over what they say is the emirate's financing of extremist groups and its ties to Iran, Saudi Arabia's regional arch-rival.

Qatar strongly denies the allegations and has expressed a willingness to engage in talks to resolve the crisis.

The Arab countries closed air, sea and land links with Qatar, barred the emirate's planes from their airspace and ordered Qatari citizens out within 14 days.

The feud has raised fears of wider instability in an already-volatile region that is a crucial global energy supplier and home to several Western military bases.

Kuwait -- which unlike most of its fellow Gulf Cooperation Council members has not cut off ties with Qatar -- has been leading efforts to mediate.

Trump, who had initially backed the measures against Qatar in a tweet, called Sheik Tamim on Wednesday with an offer "to help the parties resolve their differences".

Qatar hosts the Al-Udeid military base, the largest US airbase in the Middle East. Home to some 10,000 troops, Al-Udeid is central to the US-led fight against the Islamic State group in Iraq and Syria.

French President Emmanuel Macron has also reached out to Qatar, Saudi Arabia and Iran in a bid to kick off negotiations.

Turkey, which works closely with Qatar in the energy sector, has walked a fine line between defending Qatar and abstaining from openly antagonising Saudi Arabia.

Iran and Qatar share the world's largest gas field, an offshore site the Iranians call South Pars and the Qataris call the North Dome. Doha is the largest exporter of natural liquefied gas in the world.

Analysts say the crisis is in part an extension of a 2014 dispute, when Saudi Arabia, the UAE and Bahrain temporarily recalled their ambassadors from Doha over Qatar's support for Egypt's Muslim Brotherhood.

A top Gulf official, speaking on condition of anonymity, told AFP a major concern was the influence of Sheikh Tamim's father, Sheikh Hamad, who had allowed the Taliban to open an office in Doha and helped arm Syrian rebels before abdicating in 2013.

"The previous emir is a big supporter of this whole extremist agenda, so we do have an issue," the official said.

Doha has for years forged its own alliances in the region, often diverging from the politics of the six-state GCC and taking in leaders of the Muslim Brotherhood, the Palestinian Hamas and members of the Afghan Taliban.

A senior Emirati official told AFP this week's decision was not aimed at a change of regime in Qatar but to pressure the country to reshape its policy.

"This is a foreign policy that gone wild," state minister for foreign affairs Anwar Gargash told AFP. "We need to put everything in check."

Gargash said the four Arab states seek a "political commitment to change course" by Qatar, including ending its support for the Brotherhood and Hamas.

Qatar's satellite news giant Al-Jazeera has also emerged as a point of contention in the Gulf. Gargash said "not using the formidable media ownership in promoting an extremist agenda" was a condition for negotiations.

The UAE and Saudi Arabia have banned Al-Jazeera from the airwaves and closed the channel's offices.