A high percentage of Kurds favour independence, according to past surveys conducted in Iraqi Kurdistan 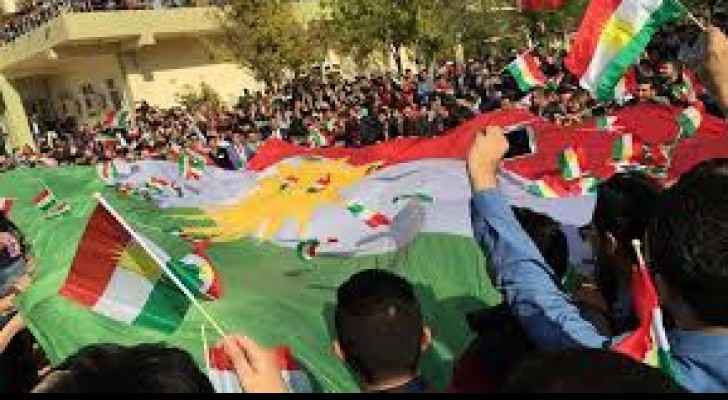 Iraq's autonomous Kurdish region will hold a referendum on statehood in September, its presidency said Wednesday, despite opposition to independence from Baghdad.

"September 25, 2017 was designated as the day for holding the referendum" on independence, the presidency said in a statement.

Iraqi Kurdistan is made up of three provinces that are run by an autonomous regional government and protected by their own security services, and there is broad support among Iraqi Kurds for the idea of an independent state.

But in practice, such a project would face major internal and external challenges that would threaten the viability of the fledgling nation.

The statement from the regional presidency highlighted one of the main issues, saying the referendum would be held "in the Kurdistan region and areas of Kurdistan outside the administration of the region".

This is a reference to swathes of northern territory that are claimed by both Kurdistan and Baghdad, including the key oil-rich province of Kirkuk.

There would be opposition in Baghdad to the three provinces that make up Kurdistan becoming independent, but that opposition would be vastly greater if the region tried to take disputed territory along with it, as it almost certainly would.

Internally, Iraqi Kurdistan has been hit hard by low oil prices, as it depends on revenue from crude sales to provide the vast majority of government funds.

And while the concept of Kurdish independence has broad appeal, Iraqi Kurds are deeply divided politically to the point that a new state could be paralysed by such divisions.

There is also the issue of regional opposition: Turkey, Syria and Iran also have substantial Kurdish populations, and these countries could oppose Iraqi Kurdish independence out of fear that it would inspire similar moves at home.