Several restaurants are licensed to stay open during Ramadan. 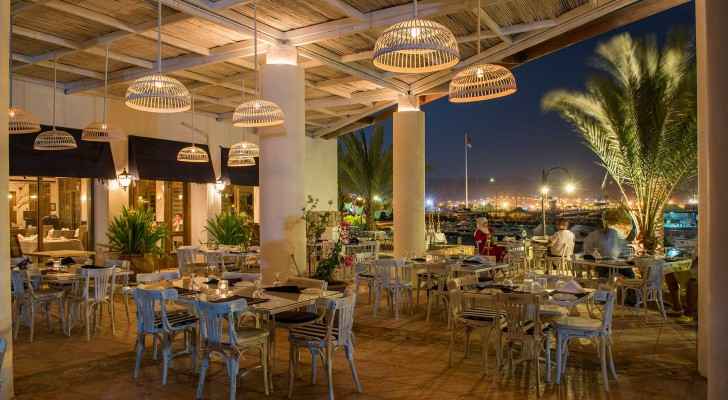 While many Muslims in Jordan are currently observing the holy month of Ramadan, the government has taken measures that take into consideration the needs of the Kingdom’s non-fasting residents and tourists.

A statement made by the Minister of State for Media Affairs, Mohammad al-Momani, on Tuesday confirmed that the Tourism Ministry is releasing instructions that allow “tourist facilities” to operate and provide services during Ramadan, as long as they respect and do not violate the “sanctity” of the fasting month.

At least 836,000 tourists visited Jordan in 2016. Meanwhile, the number of expats in the politically-stable Kingdom is on the rise, with students coming in to learn Arabic and professionals joining the multiple operating NGOs, international and local companies.

The Tourism Ministry clarified that those establishments classed as “tourist facilities” are allowed to serve food and beverages as long as they’re served and taken indoors and can’t be seen by passersby. This clandestine character of the non-fasting activity -- eating and smoking -- requires them to cordon off the area, with doors and windows fitted with curtains and shutters.

While some restaurants and cafes are granted a special licence to operate during Ramadan, discos, nightclubs and bars are not eligible.

For eating joints without a tourist licence, serving food before fast-breaking time is prohibited. They are however allowed to make home food deliveries.

The food-serving options for the non-fasting population came to light after a video went viral on social media, where a restaurant called “Buzz” at the German Jordanian University was raided by police. Momani’s memo therefore clarifies that the policeman seen taking pictures of people frequenting the tourist-licensed restaurant was acting in violation of the law.