Qatar is being isolated by many of its neighbours. 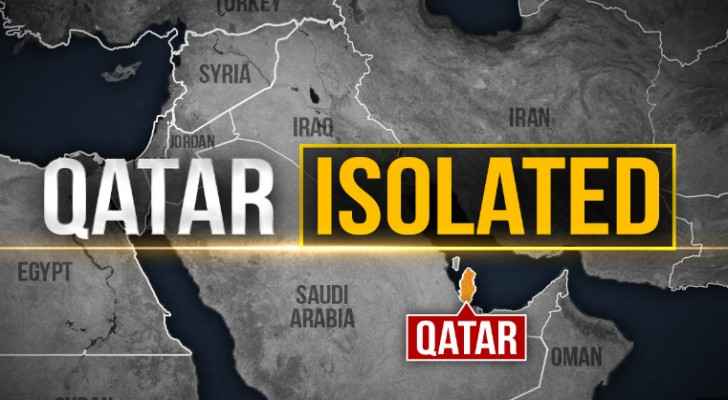 Amid the turbulent political forecast that hit the Middle East on Monday, Jordan’s King Abdullah II received a phone call from the Amir of Kuwait, Sheikh Sabah al Ahmad al Jaber al Sabah, where they discussed the recent developments in the region and the relationship between their two countries.

Arab media reported that King Abdullah was set to visit Kuwait on Tuesday, to discuss the decision by Saudi Arabia and other Arab countries to cut ties with Qatar. However, the Royal Hashemite Court is yet to confirm the news.

Meanwhile, Qatar’s ruler, who has decided not to retaliate to the diplomatic fallout, has postponed an address to his country after speaking overnight with his Kuwaiti counterpart.
This comes after Kuwait announced that it would be mediating between Qatar and the Arab nations that cut ties with the oil-rich state, in an effort to resolve the growing diplomatic crisis.

On Monday, Saudi Arabia announced that it would sever all links with Qatar; Bahrain, the UAE, Egypt, Yemen, Libya and the Maldives followed. On Tuesday, at least seven countries’ ambassadors withdrew from the isolated Gulf state, whom they have denounced for supporting terrorism and destabilizing the region.