"We insist that the Palestinians finally recognise Israel as the national home of the Jewish people," Netanyahu said. 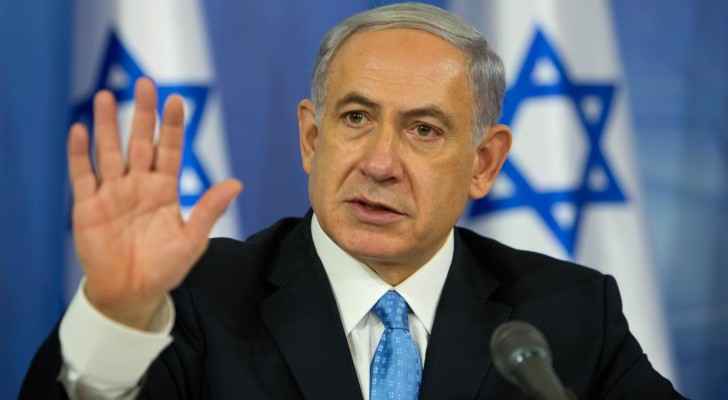 Israeli Prime Minister Benjamin Netanyahu on Monday pledged that he would not cede military control of the West Bank's Jordan valley in any future peace agreement with the Palestinians.

Speaking in Hebrew at a ceremony marking 50 years since the outbreak of the 1967 Six-Day War, Netanyahu's comments seemed likely to cast a pall over US President Donald Trump's attempts to breathe life into long-stalled peace efforts.

"We seek peace with our neighbours, a real peace, a peace that will last for generations," Netanyahu said at the event, held at the Israeli army's Armoured Corps Museum at Latrun, west of Jerusalem.

"That is why in any agreement -- and without an agreement -- we shall maintain security control over all the territory west of the Jordan (river)."

"We insist that the Palestinians finally recognise Israel as the national home of the Jewish people," Netanyahu said.

"That is the foundation for peace and refusal is what prevents achieving it," he added. In the 1967 war, Israel occupied the West Bank and the Gaza Strip and subsequently annexed east Jerusalem, in a move never recognised by the international community.

The occupation continues, and under interim agreements with the Palestinians, Israel currently has full security and civil control of 60 percent of the West Bank, including the Jordan valley.

The remainder is under varying degrees of limited Palestinian autonomy. In a statement - before Netanyahu's speech - marking Monday's anniversary Palestinian President Mahmud Abbas's office reiterated his call for a Palestinian state with east Jerusalem as its capital.

"The establishment of an independent Palestinian state with its capital in east Jerusalem is the real guarantee for security and stability in the region," it said.

Trump visited Israel and the Palestinian territories last month, calling on Israelis and Palestinians to make compromises for peace but offering no specifics on how to resolve the 50-year-old conflict.

He did not specifically mention the two-state solution, long the focus of international efforts and US Middle East diplomacy.