Trump pushes for 'much tougher version' of Muslim ban 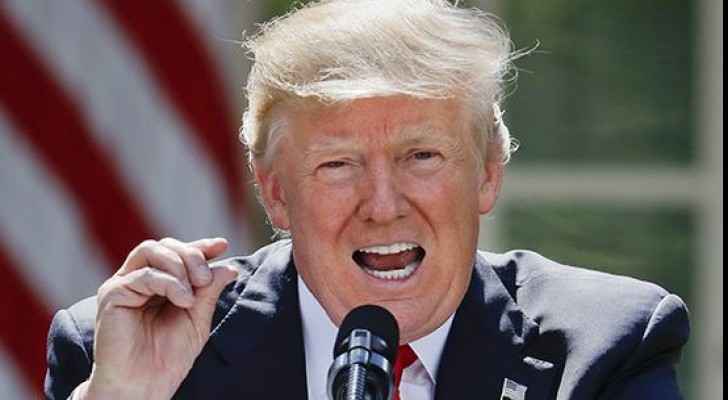 US President Donald Trump called Monday for a "much tougher version" of his travel ban and an "expedited" hearing for the measure before the Supreme Court.

In a series of early morning tweets, the president also said the United States was already "extreme vetting" travelers coming into the country for safety reasons.

"The Justice Dept. should have stayed with the original Travel Ban, not the watered down, politically correct version they submitted to S.C.," Trump wrote.

"The Justice Dept. should ask for an expedited hearing of the watered down Travel Ban before the Supreme Court - & seek much tougher version!"

"In any event we are EXTREME VETTING people coming into the U.S. in order to help keep our country safe. The courts are slow and political!" the US president wrote.

In a rare move on Friday the Supreme Court expedited consideration of the case, ordering the American Civil Liberties Union -- which represents the plaintiffs -- to respond by June 12 to the Trump administration's petition for court consideration.

Once it receives the response the high court could quickly rule on whether to take up the case.

The court's order came just one day after the Trump administration asked the court to reinstate its temporary ban on travelers from six Muslim majority nations, requesting it stay two nationwide blocks of the measure that had been issued by appellate courts.

Trump issued his initial travel ban by executive order in January, but that measure -- which banned entry to nationals from seven countries for 90 days and suspended the nation's refugee program for 120 days -- was quickly halted by the courts.

The administration said the travel ban was needed so it could evaluate existing screening protocols and set new ones.

A revised executive order in March aimed to address concerns raised by the federal judges. It deleted Iraq from the list and removed an indefinite ban on Syrian refugees.

The order however was widely criticized, including by human rights activists and US states led by Democrats.

In his tweets, Trump insisted on calling the measure a "travel ban."

"People, the lawyers and the courts can call it whatever they want, but I am calling it what we need and what it is, a TRAVEL BAN!" he said.