Qataris wipe supermarkets clean as they feel the burn of the Gulf’s snub. 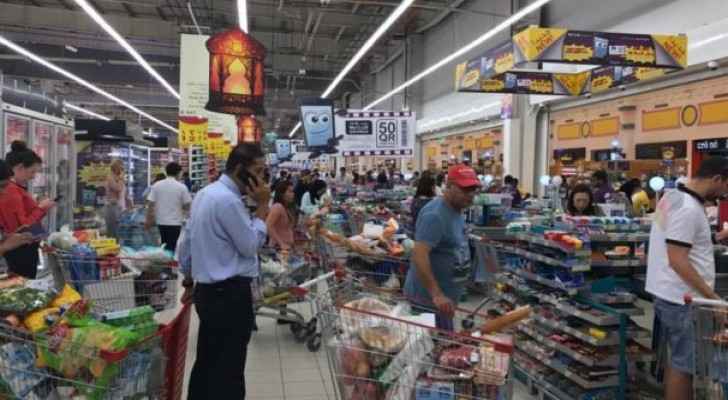 This, just another manic Monday morning, scene in Doha saw trolleys piled up with milk, bread and tins. Supermarket shelves were wiped clean with customers on top of each other to stock up for the unknown.

Not just another super sand storm that might leave them stuck indoors; this time Qatari residents were getting ready for whatever was in store for them after their country’s only land border was closed off by Saudi Arabia.

This border closing left a wave of panic because Qatar relies heavily on it to transport food, and raw materials for its mega infrastructure projects.

Pictures circulating on social media of Qatari residents filling up their trolleys with large supplies of food including non-perishables, and wiping supermarkets’ fresh and frozen meat shelves clean raised the alarm for many social media users.

One customer, who was shopping at Carrefour in Villaggio Mall and asked to remain anonymous, told Doha News: “I’ve never seen anything like it - people have trolleys full of food and water.”

While the mad grocery rush seemed to deplete the popular Carrefour, other stores managed to maintain a healthy supply of stock throughout the day.

Residents shouldn’t be alarmed though, if Qatar’s foreign affairs ministry’s statement is anything to go by: “The border closing will not impact the country, citizens or residents’ lives in any way.”

The statement also noted that the Qatari government will “take all the necessary measures to make certain of that and to thwart attempts to negatively affect Qatari society and economy.”

Saudi Arabia isn’t the only country to cut ties with Qatar today. The UAE, Bahrain, Egypt, Yemen and Libya followed suit, while the Gulf states announced that they will be cutting land, air and sea links with Qatar within 24 hours.

King returns to Jordan after Qatar ....