The three soldiers were part of a training mission in Jordan. 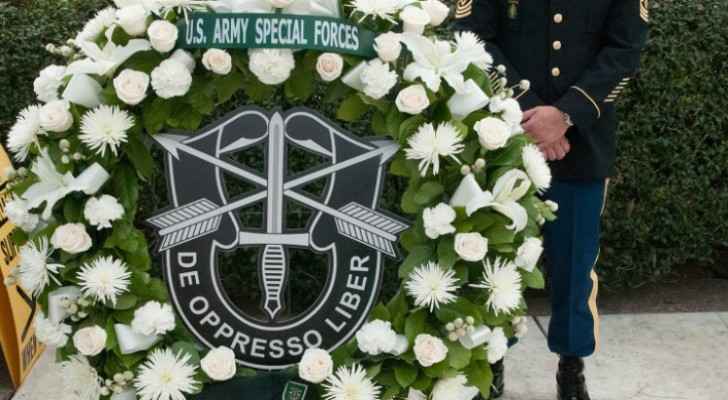 The military court held its first public hearing for the Jordanian soldier accused of shooting to death three US military trainers at Jordan’s Al-Jafr airbase on Wednesday.

This comes after the Jordanian government formally charged one of its soldiers with murder over his alleged involvement in a attack on a military convoy that killed three US troopers last year, CNN has reported.

"He is being officially charged with murder with intent to kill," a Jordanian government official told CNN on Sunday.

The official, who spoke on the condition of anonymity, did not identify the soldier due to the sensitive nature of the issue.

The three US Army Special Forces soldiers were shot at the King Faisal Air Base in Jordan on November 4, 2016, after an intense firefight between a Jordanian guard, who wore body armour and carried an M-16 rifle, and the US soldiers, equipped only with sidearms.

Army Staff Sgt. Kevin McEnroe was killed instantly and Staff Sgt. Matthew Lewellen was critically injured when the guard opened fire on the soldiers' vehicle while it was stopped at the base's gate. The third man, Staff Sgt. James Moriarty, also suffered a critical wound after firing his pistol at the Jordanian guard.

In March, the US military determined that the three men followed proper procedures during the incident, reports CNN.

A US Special Operations Command investigation into the shooting found the US forces "demonstrated valorous conduct and extraordinary heroism" after coming under fire, according to a copy of the report.

"There is no evidence that US forces failed to fully comply with Jordanian Base entrance procedures," the report said.

Jordanian state media initially blamed the incident on the soldiers' failure to adhere to proper procedures at the base's entrance.

The Military Prosecution has now charged the soldier with the intentional murder of more than one person.

Meanwhile, the soldiers defence claims the murder was unintentional and that he fired in what he though was self defense, after hearing gunshots from an unknown source. The shooting allegedly coincided with the entry of several ‘friendly’ US vehicles, which accidentally killed the three Americans.