Doha has long faced accusations it is a state sponsor of "terrorism". 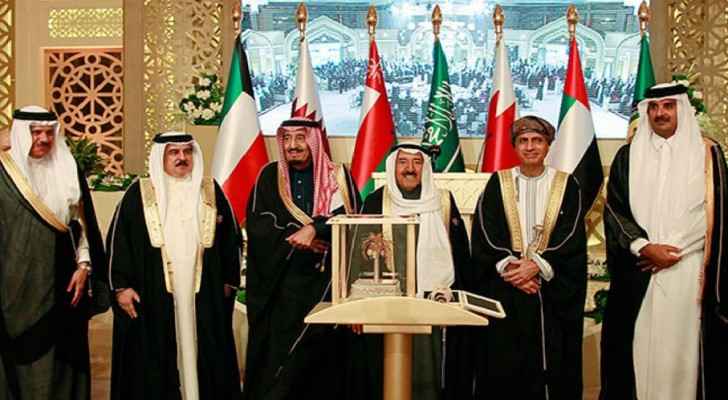 Gulf states on Monday cut diplomatic ties with neighbouring Qatar and kicked it out of a military coalition, less than a month after US President Donald Trump visited the region to cement ties with powerhouse Saudi Arabia.

In the region's most serious diplomatic crisis in years, Qatar's Gulf neighbours Saudi Arabia, Bahrain and the United Arab Emirates as well as Egypt all announced they were severing ties with gas-rich Qatar.

To "protect its national security from the dangers of terrorism and extremism" Riyadh decided to "sever diplomatic and consular ties with Qatar, and to close all land, sea and aviation" links, a Saudi official cited by the official Saudi Press Agency said.

Qatar hosts the largest US airbase in the region, which is crucial to operations against Islamic State group jihadists.

The cutting of diplomatic ties revives tensions from 2014 when Gulf countries recalled their ambassadors from Doha, ostensibly over its support for the Muslim Brotherhood.

The "decisive" measure was due to the "gross violations committed by authorities in Qatar over the past years", the Saudi statement said.

It said Qatar harboured "a number of terrorist and sectarian groups that aim to destabilise the region including the Muslim Brotherhood, Daesh (IS) and Al-Qaeda".

Riyadh also accused Doha of supporting Iran-backed "terrorist activities" in Saudi Arabia's Shiite-dominated area of Qatif, as well as in Bahrain, both of which have seen Shiite unrest over the past six years.

Sunni-ruled Bahrain's news agency said Manama was cutting ties with Doha over its insistence on "rocking the security and stability of Bahrain and meddling in its affairs".

Shiite-majority Bahrain, home to the US Fifth Fleet, has intensified a crackdown on dissent since Trump's visit last month.

Riyadh ordered its nationals to leave Qatar -- host of the 2022 football World Cup -- within 14 days and barred Qataris from the kingdom.

Many expatriate and Saudi travellers use Qatar as their gateway into Saudi Arabia.

Abu Dhabi's Etihad Airways said it would suspend flights to Qatar from Tuesday.

Egypt's foreign ministry also accused Doha of supporting "terrorism" and announced the closure of its ports and airports to Qatari carriers.

A Saudi-led coalition, which for more than two years has been fighting Iran-backed rebels in Yemen, separately announced Qatar was no longer welcome in the alliance.

The US-supported coalition accused Qatar of "support to (terrorist) organisations in Yemen", a claim being made publicly for the first time.

US Secretary of State Rex Tillerson called on Gulf states to stay united and work out their differences.

"We certainly would encourage the parties to sit down together and address these differences," he said in Sydney.

The stories quoted him questioning US hostility towards Iran, speaking of "tensions" between Doha and Washington, commenting on Palestinian Islamist movement Hamas and speculating that Trump might not remain in power for long.

Doha denied all the comments and said it had been the victim of a "shameful cybercrime".

Trump's visit to Riyadh -- the first foreign stop of his presidency -- saw the two sides speak of hundreds of billions of dollars worth of investment and arms deals.

Riyadh's Sunni rulers have embraced Trump's harder line against its rival Iran, with which it severed diplomatic relations in January last year.

In a Riyadh speech, Trump urged Muslim leaders from around the world to "drive out" extremists and "terrorists", as Sunni jihadists carry out attacks in many countries.

Doha has long faced accusations it is a state sponsor of "terrorism".

It has been criticised for supporting rebel groups fighting Syrian President Bashar al-Assad, and Qatari individuals have been sanctioned by the US Treasury for terrorist-funding activities.

In recent weeks, articles in the US press have accused Qatar of such funding, prompting Doha to complain it was the target of a hostile media campaign.

It was also criticised for providing a sanctuary to former Hamas chief Khaled Meshaal.

The Afghan Taliban opened an office in Doha in 2013.

Qatar has so far given no indication of where the alleged May 24 cyber attack originated.

Media organisations in several regional countries reported the emir's comments as fact, despite an official denial by Doha.

Last week, the Qatari emir travelled to Kuwait to meet Emir Sheikh Sabah al-Ahmad Al-Sabah in what was widely seen as an attempt at mediation by the Kuwaitis.