No Ramadan free pass for traffic fines in Jordan

A policeman places a parking ticket on the windshield of a driver in Jordan. 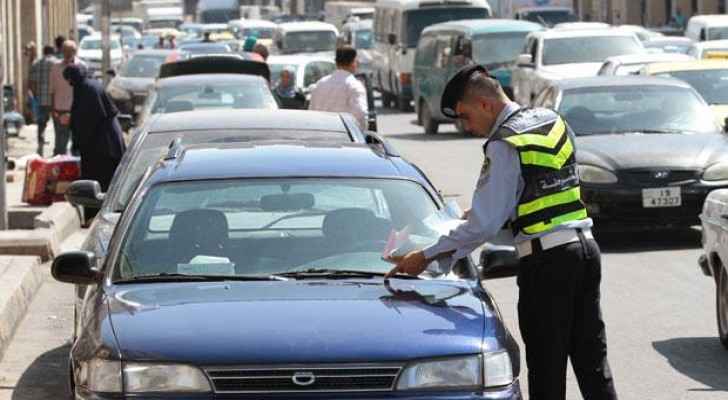 If you thought the less vigilant day hours of Ramadan left you off the hook from good driving practices, think again.

In Jordan, some drivers are under the impression that the Central Traffic Department is exempting all motorists from paying their traffic fines during the holy month.

However, a security source denied a Ramadan amnesty on traffic fines in the Kingdom. It’s business as usual for traffic wardens and police, who will be patrolling the streets, day and night, to keep the cars in line, parked in their rightful places, and the wardens’ ticket stubs flowing.

Putting paid to the idea of any holy month discounts, the source further noted that there will be no change in the value of traffic fines.

If you’re out and about, watch out for a dinosaur on the streets of Amman. Somebody has introduced this novel mark of motorist solidarity as a warning of speed cameras ahead, says a little bird.

Fines, imprisonment or both for driving without license in ....

Fines, imprisonment or both for driving ....