A woman assists an injured person on Westminster Bridge in London after Saturday's terrorist attack. 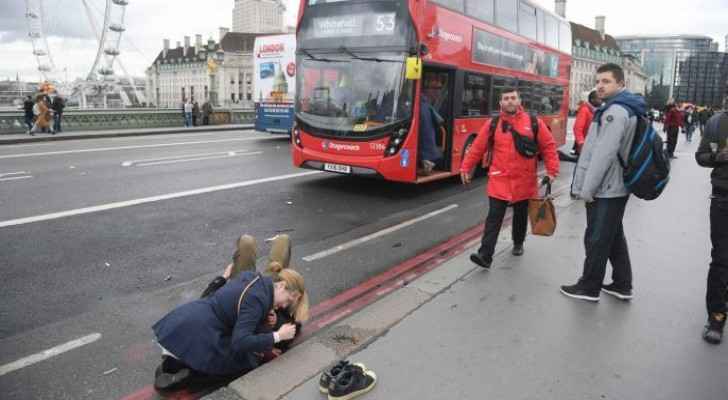 The Jordanian government condemned the “terrorist” attacks that killed seven civilians and injured 48 others in the British capital on Saturday night.

Mohammad al Momani, spokesperson for the government and Minister of State for Media Affairs and Communications, described the attackers as “cowardly,” adding that they used “brutal and barbaric methods to carry out their attacks, in an attempt to destabilize those people’s stable and secure lives.”

Twelve people have been arrested in connection with the attacks, which saw the assailants drive into pedestrians on London Bridge, before stabbing civilians in nearby Borough Market.

Al Momani offered his condolences to Britain and the victims’ families. He further assured the United Kingdom that Jordan will be standing in the face of those “terrorist gangs,” side by side with the British people.