The Rakban camp has been targeted several times during Syria's war. (Reuters) 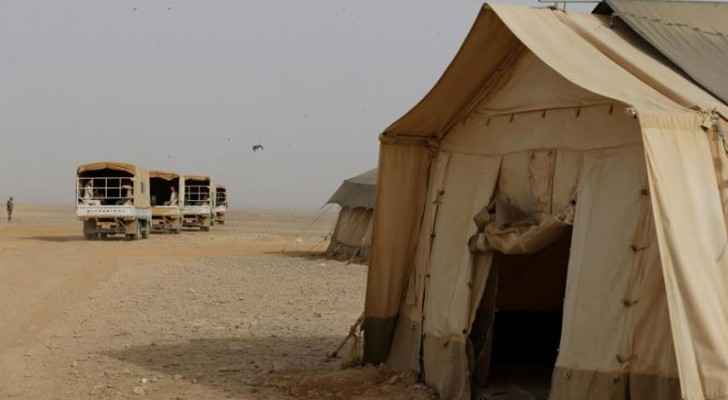 The Jordanian Army fought off an attack on outposts opposite Al Rakban camp, near the Syrian border, killing three motorcyclists who attempted to target border guards on Saturday morning.

According to an official source in the General Command of the Jordanian Armed Forces, three motorcyclists, traveling from Syria to Jordan, targeted the front positions of the border guards near Rakban camp.

All three gunmen were killed following clashes between the militants and Jordanian border patrol guards. One officer was mildly injured and is reportedly in a stable condition.

Rukban, near the joint Syria-Iraq-Jordan border, is home to refugees and also to rebel groups.

Jordan declared the northern and northeastern border areas a closed military zone in June, 2016, following an attack that targeted a military post serving refugees near the border, killing seven troops and injuring 13 others.