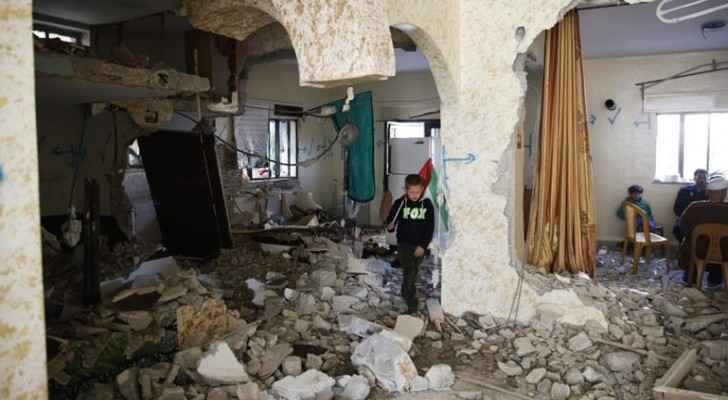 Over 1,093 Palestinian-owned homes and shops were demolished or seized throughout the West Bank and East Jerusalem by the Israeli government in 2016, according to a report released by the United Nations on Wednesday.

These figures are nearly double the number recorded in 2015 and the highest since 2009, the year the United Nations Office for the Coordination of Humanitarian Affairs in Occupied Palestinian Territories (OCHA) began its systematic monitoring of demolitions.

The OCHA also reported that over 1,600 Palestinians, half of which are children, were displaced, while the livelihood of 7000 others was affected.

In 2016, 190 structures were demolished or seized in East Jerusalem, making up 17 per cent of the total figures - the percentage counts for more than double the figures in 2015 as well as being marked the highest since 2000, the report said.

Meanwhile, the OCHA estimated that 4.8 million Palestinians have been affected by the Israeli occupation, two million of whom were “in need of humanitarian assistance and protection.”

“The prolonged occupation, with no end in sight, cultivates a sense of hopelessness and frustration that drives continued conflict and impaects both Palestinians and Israelis,” it read.

While the Palestinian Foreign Ministry welcomed the OCHA’s report, it pointed out that it showed “only a part of the great suffering of our people as a result of the occupier’s policies, practices and crimes,” official Palestinian news agency Wafa reported.