Many Israelis support the idea of a two-state solution. 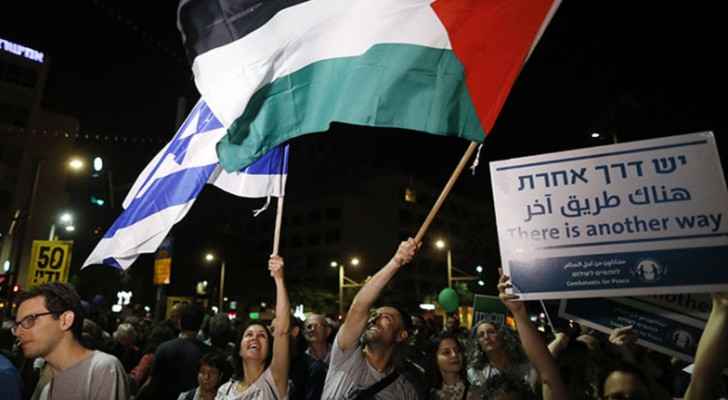 Tens of thousands of Israelis rallied in Tel Aviv on Saturday night, demanding a two-state solution.

The demonstration was organised by the Israeli NGO Peace Now, protesting the 50-year-long occupation of the Palestinian territory.

Peace Now chairman, Avi Buskila, said in a statement: "We will take the streets to protest against the lack of hope offered to us by the right wing government, which perpetuates occupation, violence, and racism.”

He added that it is time to show Israelis, Palestinians and the world that a lot of Israelis refuse occupation and want a two-state solution.

But the question for some might be: how viable is this two-state solution in the current political climate?

Over one hundred illegal Israeli settlements have been established on Palestinian land in the West Bank since 1967, thereby dramatically altering the Green line and robbing Palestinians from the right to self-determination in a “viable Palestinian state,” reported B’Tselem.