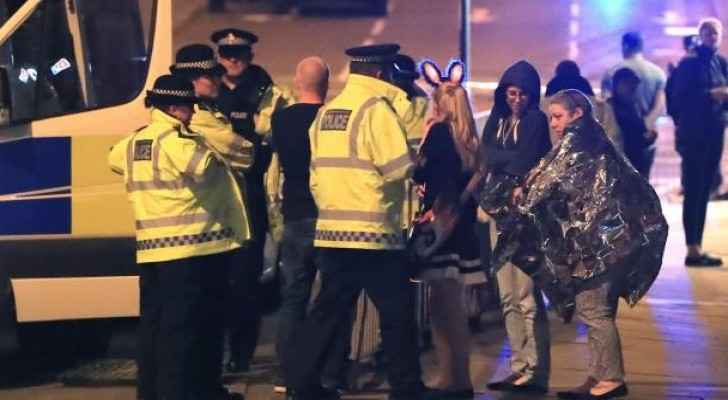 Twenty-two people have been killed and 59 injured in a suspected suicide bombing attack in Manchester, northern England.

The attack occurred at the end of a concert by US pop singer, Ariana Grande, late Monday night, May 22.

According to greater Manchester Police, the lone male attacker, who died in the blast, was carrying an improvised explosive device which he detonated.

Eyewitnesses described the confusions and chaos in the wake of the blast.

"We were stood at the top of the stairs and the glass exploded - it was near to where they were selling the merchandise," Emma Johnson told BBC Radio Manchester. She and her husband were at the area to pick up their two children.

"The whole building shook. There was a blast and then a flash of fire afterwards. There were bodies everywhere."

Pop-star Ariana Grande has responded, expressing her heartbreak at the situation.

"Broken. from the bottom of my heart, I am so so sorry. I don't have words," she said on her Twitter page.

The attack comes a few weeks before UK’s May elections were due to take place, May 8. In the wake of the fatal bombing, all political parties have suspended their election campaign.

This is the most deadly attack to hit the UK in over a decade, after the June 2005 London Tube bombings where 56 people were killed by suicide bombers.

Just two months ago, four people were killed when a Hyundai 4x4 ploughed into pedestrians on Westminster Bridge, before the driver stabbed police officer Keith Palmer to death outside Parliament.