The first of its kind in Jordan, Sesame will contribute to vital fields of scientific developments. 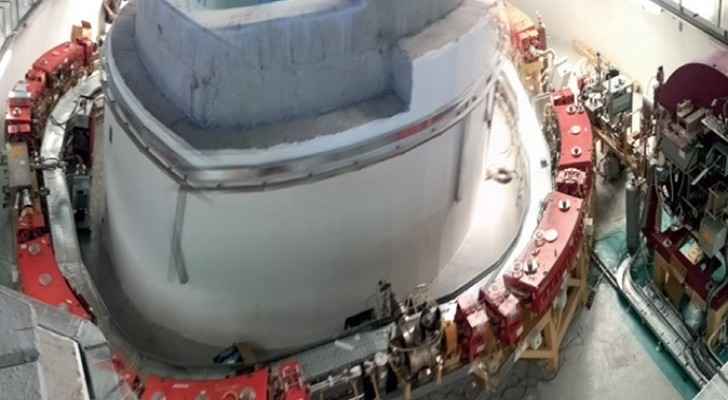 A new advanced research centre in Jordan is paving the way for scientific advancement and regional cooperation in the Middle East. The facility, called Sesame (Synchrotron-light for Experimental Science and Applications in the Middle East), opened May 16 and will be used by researchers from countries across the region.

Sesame, which hosts a synchrotron - a particle accelerator that acts as a powerful microscope - aims to promote collaborative research and advance science in a region suffering from brain-drain and political instability. Casting aside a complex web of political tensions in the name of science, researchers from Israel and Palestine are expected to rub shoulders in the science lab, along with nationalities from Jordan, Cyprus, Egypt, Turkey, Iran and Pakistan represented.

The opening ceremony was attended by a diverse range of guests from across the region, including Jordan’s King Abdullah, as well as ministers or senior officials from the Jordanian, Cypriot, Egyptian, Iranian, Israeli, Pakistani, Palestinian and Turkish delegations, and by the heads of Cern, Unesco and the International Atomic Energy Agency (IAEA).

There are some 60 synchrotrons in use around the world but Sesame will be the first in the Middle East. It will contribute to developing scientific research in the fields of medicine, pharmaceuticals, physics, chemistry, biology and other sciences.

Sesame is also expected to have one of the first synchrotrons to be powered by renewable energy - especially good news for Jordan, where electricity costs are notably high.

With Sesame marking the beginning of scientific diplomacy in the Middle East, with hopes to expand job opportunities and renewable energy sources in the region, plans to expand the Sesame model to other areas of the world, including Africa and Central America, are already underway.