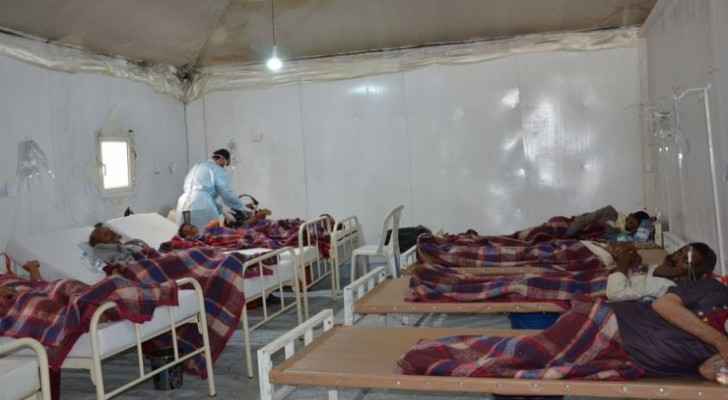 A resurgence of the cholera outbreak in war-torn Yemen has reportedly killed 209 people in recent weeks, according to UNICEF.

Cholera in Yemen first came to the world’s attention last year in October and to date, over 17,200 suspected cases of the disease have been reported across Yemen, the UN agency confirmed on Twitter.

On Sunday a State of Emergency was declared in the capital Sanaa by Houthi officials, alongside an appeal for international support to contain the threat of the contagious waterborne disease.

While cholera can be simply and successfully treated, the risk of infection and death is notably high in Yemen, where more than half of the medical facilities no longer functioning, according to WHO.
Some 7.6 million people live in Yemen's cholera-threatened areas, the UN estimates. With the severely weakened Yemeni health system, MSF has expressed fear that health authorities alone will not be able to deal with the outbreak alone.

“We have patients coming from many different districts, tens of kilometres away”, said Shinjiro Murata, MSF’s Head of Mission in Yemen.

“We are very concerned that the disease will continue to spread and become out of control. A smooth collaboration between health actors and relevant authorities is needed to provide prompt support to health facilities and local communities directly in the affected areas.

Since the country’s conflict, hundreds of Yemenis requiring medical treatment have been brought to Jordan, which is a member of the coalition seeking to defeat the Houthi rebels and restore the internationally recognised government of president Abdrabu Mansur Hadi.

However, in the case of the cholera outbreak, the executive manager of Jordan’s Private Hospitals Association confirmed to Roya that no Yemeni patients have been admitted to any of Jordan’s private hospitals with the disease.

Yemen has succumbed to civil war in 2014, after Houthi rebels overran the capital Sanaa and other provinces. In 2015, Saudi Arabia and its Arab allies launched a massive air campaign aimed at reversing Houthi gains and shoring up Yemen’s pro-Saudi government.

According to UN officials, more than 10,000 Yemenis have been killed in the conflict to date, while more than 11 percent of the country’s total population have been displaced from their homes.