Ivanka Trump turns heads in Saudi, inspires a mosque in her image

Ivanka garnered much internet attention during her visit to the Saudi Kingdom. 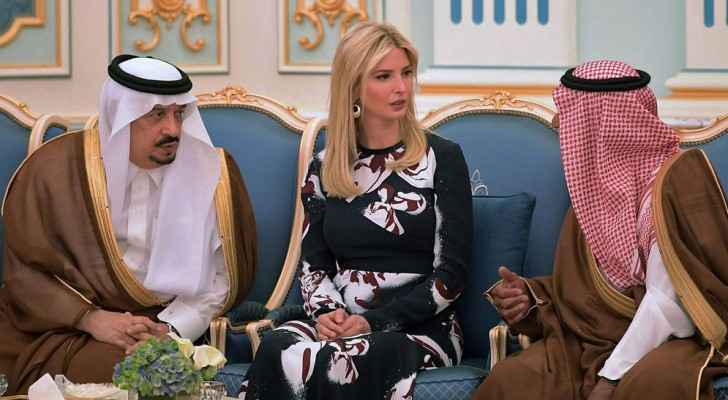 It seems Ivanka Trump, daughter to the President of the United States, has left a lasting impression on the desert Kingdom. Earlier this week, Saudi men swooned over Trump’s ‘first daughter’, as she accompanied her father and First Lady Melania on this inaugural official trip to their conservative country. One admirer took his fascination with the female foreigner one architectural block further.

The internet Kingdom, whose netizens are known to be heavy users of the social media, was soon swimming with mock stories, memes and spoofs obsessed with the blonde beauty. But not all of the outlandish material was fake-news. One man reportedly commissioned the construction of a mosque in the image of Ivanka Trump. While the liberal face of the Trump brand was busy lobbying for Saudi women’s rights, a Saudi gentleman named Abu Salem al-Qahtani was seeing to it that her good works did not go unrewarded in the the afterlife.

Though lauded for her ‘classy conservative’ clothe choices, her free-flying blonde locks in a country where even female visitors sometimes don the veil, and exposed good looks (which haven’t gone unmentioned by her very own father in the past) were enough to make her the ‘face’ of her the President Trump trip. Saudi’s is a society where patriarchy reigns supreme and women are seemingly sidelined and rarely dealt with in the public sphere (male chaperones are the norm).

In a video that went viral on Twitter, al Qahtani took his tweeps on a tour of the mosque he is reportedly building for Ms Trump, offering an explanation for his motivation to dedicate a Muslim place of worship to this outsider to both the religion and Kingdom, home of the two holiest sites.

For her own good

“I’m building this mosque on behalf of my dear Ivanka Trump, coinciding with her visit to the Kingdom. Perhaps she will find good deeds through this mosque on judgement day, that will send her to Heaven.”

This guy built a mosque for @IvankaTrump so she goes to heaven pic.twitter.com/OCdrIQe5vW

While al-Qahtani deemed his architectural project a gift to reward the young Ivanka Trump with blessings that might secure her salvation in God’s Kingdom, a fate that the Christian-raised and Jewish-married Presidential aid presumably would not earn by her own merits, the first daughter was using her position to ring-fence 100 million USD in funds for the World Bank Women Entrepreneurs Fund, pledged by the Saudis (notoriously anti-woman) and Emiratis combined.

The young female from the White House praised Saudi Arabia on their progress in women’s rights, yet pointed out that there was “still a lot of work to be done.” Joined by 15 Saudi businesswomen, entrepreneurs and government officials at Sunday’s women’s economic empowerment roundtable, Ivanka spoke about the need for transformation and reducing the severe restrictions on women’s participation in society.

Making her mark in Saudi sands of change

“We are living in a pivotal moment in history for women,” she said…”Today, you all stand on the front lines of the fight for gender equality. You recognize the indisputable truth that empowering women is key to driving economic transformation.”

“Yet in every country, including the United States, women and girls face unique challenges that hold them back from full and meaningful participation in all parts of society,” added Trump.

The Fund will be run by the World Bank, with Ivanka holding no authoritative role in soliciting funds. However, she will be a “strong advocate” of this initiative, intended to provide capital for women entrepreneurs in Saudi Arabia and around the world. And by the time that has come to pass, so too will her mosque be built. If they built it, she will come… back.